Rajan Says Attacks on Him Abominable, Was Open to Extension 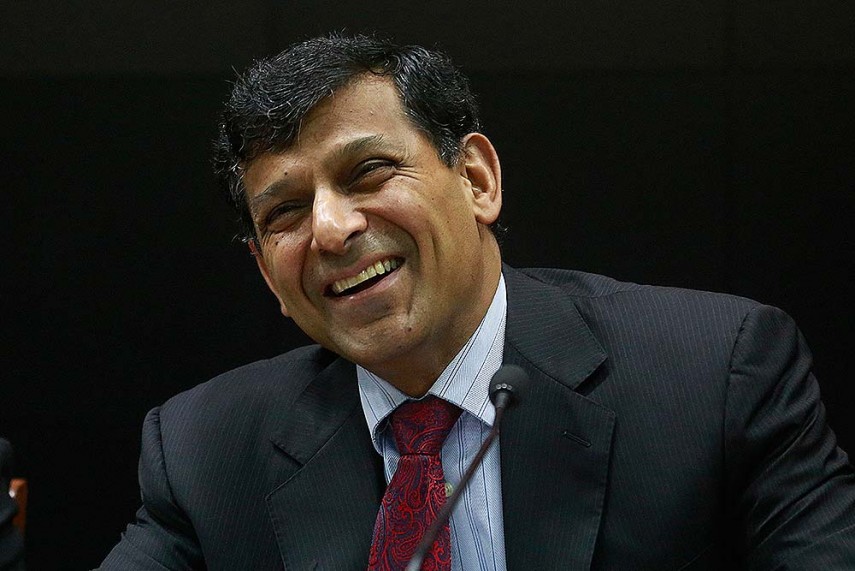 Print
A
A
A
increase text size
Outlook August 10, 2016 17:41 IST Rajan Says Attacks on Him Abominable, Was Open to Extension

Terming political attacks on him as abominable, outgoing RBI Governor Raghuram Rajan today said he was open to staying a bit longer to complete the unfinished work of bank clean up, but is perfectly happy to go.

Rajan, who had in June decided against seeking a second term after 3-year tenure which ends next month, said the process of dialogue with the government did not reach a stage where he could have agreed to stay on.

He said however that he was never worried about reappointment or a future career in government and did the best in the interest of the country and he was the "best team player".

Rajan, who plans to return to academia after his term ends on September 4, said his stays at university made him "pretty thick skinned", but the attacks then were not abominable.

"Some of these (recent) attacks were abominable, that is imputing sort of motives, alleging things completely without any basis," he told CNBC-TV18, adding that he put them aside and did not pay any attention to them.

Towards the end of his three-year tenure, Rajan faced personal attacks from BJP MP Subramanian Swamy who had alleged that the former IMF chief economist was not "mentally not fully Indian" and sent confidential and sensitive financial information abroad.

Rajan said when people asked him if he was open to the second term, he said that although he had structured all his initiatives at RBI with a three-year horizon, there was some unfinished work like PSU banks' balance sheet clean-up and setting up of monetary policy committee framework.

"That does not mean in any way, that I was absolutely hell bent on having a second term," he said. "I was open for staying a little while longer to see them complete, but at the same time I was perfectly happy to go."

Rajan said 90-95 per cent of the job that he had taken on was complete and he had absolute freedom in doing his work.

On his future plans, he said: "I have said again and again, I am fundamentally a academician. This (RBI Governor) is my side job".

Asked if crony capitalists had a hand in his not getting an extension, Rajan said: "I don't think you should attribute this to some hidden hand. I feel, I have done what was needed to be done, if they had such power they would have stopped me (from doing) what was needed."

Stressing that he had absolute freedom in doing, whatever he wanted to do, Rajan said this required lots of work behind the scenes, with government and persuading government.

"So when people say you have been fighting all the time, absolutely not. Great relationship with previous government as well people who matter in this government...," he said

Rajan said legitimate criticism like focusing too much on inflation can be addressed and he has tried to convince public about his stand through his speeches.

Stating that the country needs institutional reform to build a platform for strong and sustainable growth, Rajan cautioned against inflationary spiral in trying to push domestic demand led growth.

"I keep saying, it is a no brainer to generate growth when the rest of the world is growing strong; when it is export led growth, you don't need institutional change," he said.

Stressing that RBI is an entity which has conservative approach as focuses on stability, Rajan said that in taking decisions he did not worry about his future career prospects.

"Wherever we had to say 'no', I have never worried about reappointment, or about whether I will have a future career in the government or anywhere else. I have said 'no' when I think it is in the best interest of the country and I think in that way, I am being the best team player that I can possibly be.

"If I go along just for being comfortable, I think we will be building risk for the future which will really hurt the country," he said.

Asked if his talking straight attitude went against him, Rajan said: "I am not going to speculate, I think the bottom line is there was no consensus and that's where it stopped".

He said after three-and-a-half years at IMF and four years in India, he did not want to label himself as a career bureaucrat, or a career technocrat.

"It is more where I can implement ideas, implement reform programme. This was absolutely a job I wanted to have, we worked together as a team in the RBI, we had a fantastic team and we made great deal of difference. Did I come in with three years (in mind)? Yes absolutely... I am not saying I had in mind full stop at the end of it. But everything I wanted to do was structured for a three year horizon," he said.

Asked by the BBC in an interview on how he describes Prime Minister Narendra Modi, Rajan said he would not like to comment.

"I think I will pass on that question. Whatever answer I give will be problematic, so I will just pass," he said.

On joining politics, he said: "I think that is one place where my wife overrides everything and her answer is 'no'".

When asked how he feels about being on the list of India's 'most desirable men', the Governor said, "Wish they had done it when I was 25 (years old)".