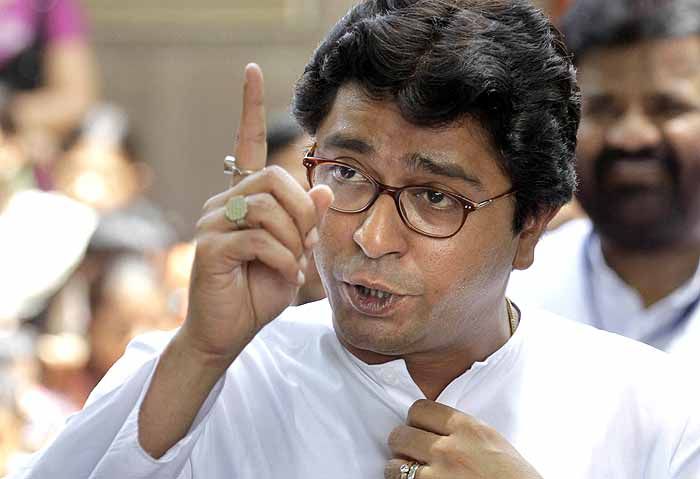 MNS chief Raj Thackeray, who is know for targeting north Indian migrants, has sparked a controversy yet again by blaming influx of outsiders for incidents like the recent rape of a photo journalist, with parties accusing him of politicing the issue.

Congress alleged that the MNS chief was trying to get "cheap political mileage".

"I think, he is again trying to politicise the issue to get cheap mileage. How can you say this?...Mumbai police have nabbed one person and others are also likely to be nabbed," Union Minister Rajiv Shukla said.

Another party leader Sanjay Nirupam said that the statement by Thackeray is "completely uncalled for".

"When the city is going through such a painful crisis, there was no need to make any such political statement to hurt communities.

RJD chief Lalu Prasad said that tough action should be taken against the perpetrators of the gangrape incident irrespective of whether outsiders are involved or insiders.

Reacting to Thackeray's remark that he will set things right once he takes charge of the state, Prasad said "people are not going give him the charge".

Senior Congress leader and Union Minister Salman Khurshid, said "this is not an occasion on which we should be deciding this," when asked about Thackeray's comment that the NCP-Congress government was not governing well.

"When elections take place, these matters are decided," he said.

Khurshid also dismissed the "outsiders" remark by Thackeray saying "these are very complicated issues....I do not think any single statement by anybody can give a full explanation to what is happening...I would not like to complicate the situation."

Thackeray had told a TV channel yesterday that the influx of outsiders is responsible for rise in such incidents, when asked about the brutal gangrape of a 23-year-old photojournalist on assignment in the heart of Mumbai on Thursday.

"If talented people like Harivansh Bachchan... Come to the city I am ready to roll out a red carpet for them but what will you do if there is an influx of criminals from everywhere to cities like Mumbai and Delhi. How will you check such incidents," Thackeray said.

He said there should be a check on influx into every city, not just Mumbai. "If you do not know who is coming and who is going out from the city... Then such things will happen," he said, adding he had no hatred for people of any state but the "problem" had to be understood.

Khurshid said that the bottomline was that the incident was "extremely sad" and both short term and long terms measures must be found to address this.

Samajwadi Party MP Naresh Agrawal said that only tough laws cannot achieve everything and there is a need to change the social structure and thinking of people.

Stating that the 23-year-old photojournalist's gang rape case should not be politicised, veteran actress and social activist Shabana Azmi alo said blaming migrants for crime against women was unfortunate.

"I think this is a very unfortunate way of saying that migrants are responsible for such incidents. If you look at the statistics of Maharashtra, more than 30 per cent of the migration that takes place in Maharashtra happens from the interiors of the state," Azmi told reporters here.

"I would have hoped that instead of rushing to such hasty conclusions, we should look at the facts as they are and keep our concentration not on politicising the debate, but making sure that each one of us, as active citizens, participate in whatever solutions are required to change the mindset that uses rape as a means of subjugation," she said.