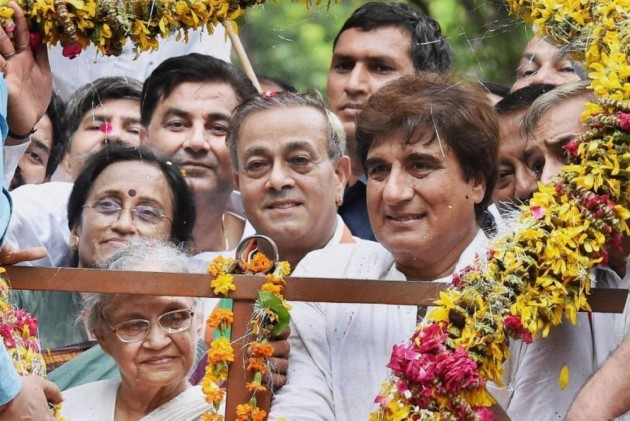 Print
A
A
A
increase text size
Outlook December 26, 2016 10:56 IST Raj Babbar Rules Out Any Alliances For Congress In Uttar Pradesh Polls

The Uttar Pradesh Congress chief Raj Babbar ruled out the Congress having alliance with any party in the coming state Assembly elections on Sunday.

Babbar said the state Congress is "capable enough" to fight elections on its own and ruled out any alliance with any party in the coming Assembly polls slated next year.

He criticised Prime Minister Narendra Modi's decision to demonetise high-value banknotes, alleging that the decision was taken to benefit a "few of his friends".

"The money people will now spend will directly benefit those running the 'swiping' empire of the country. The entire nation is in distress because of the note-ban," he told reporters here.

Every section of the society is facing the brunt of demonetisation, Babbar claimed.