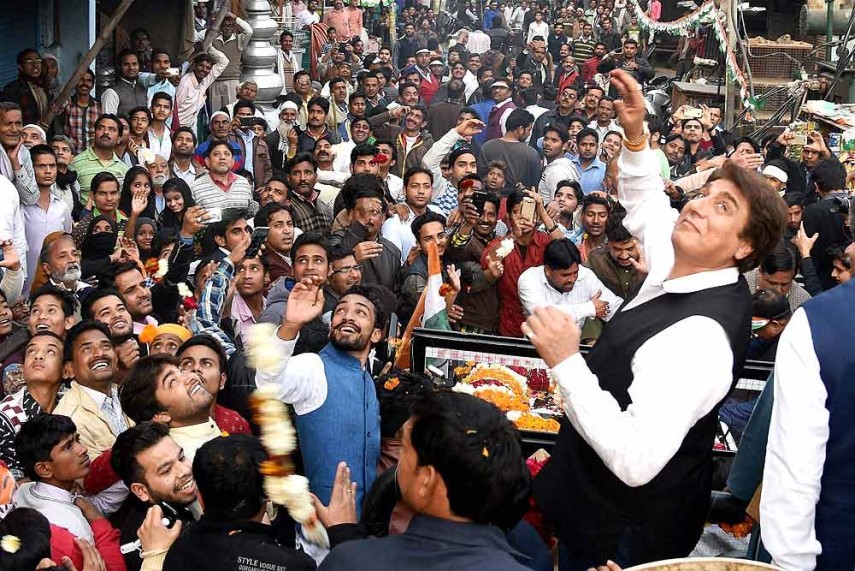 Uttar Pradesh Congress chief Raj Babbar today offered to resign, taking moral responsibility for the poll debacle in the state, amid demands for structural changes and fixing responsibility in the party.

Babbar also echoed Rahul Gandhi on the need for making structural changes to strengthen the party but defended the Congress Vice President, saying leadership is not changed "for losses in one or two elections".

"I take moral responsibility for the party's defeat in Uttar Pradesh. I was given the responsibility but I could not fulfill it. I could not live up to the expectations. I will do what is required," he told reporters on Parliament premises.

To a question why Gandhi or senior party leaders like Ghulam Nabi Azad were not taking responsibility for the defeat, the Rajya Sabha member said such issues are to be discussed "internally at party level."

"Our national leaders worked hard in the five states which went to polls including UP. We failed to win Uttar Pradesh," Babbar said.

"You don't change party leadership for losses in one or two elections. The leadership is ideology. They make teams. Our team failed there (in UP)," he said.

Babbar, who was made the party chief ahead of UP assembly polls, alleged that the BJP employed all means to win elections including cheating and use of muscle and money power.

He also sought to defend Gandhi, saying the Congress Vice President had put in everything but he as state unit chief takes the entire responsibility for failing to steer the party to victory.

The Congress which fought Uttar Pradesh assembly election in alliance with the Samajwadi Party won merely seven of the 105 seats it contested. The tally is even lower than the nine of Apna Dal, an ally of the BJP, in the 403-member House.

The Congress also lost out in Amethi Lok Sabha constituency represented by Gandhi.

Gandhi, however, had yesterday described the party's performance in UP as "a little down."

Babbar is the first to offer his resignation over the party's performance in the assembly polls.

His statement comes a day after demands were raised within the party for fixing of accountability and for initiating structural changes, which Gandhi himself called for.

Babbar also accused the BJP of using money and muscle power to form governments in Goa and Manipur.

"This is happening at a time when it (BJP) has not appointed chief ministers in Uttarakhand and Uttar Pradesh despite getting majority. It shows how desperate it is to grab power," he alleged.