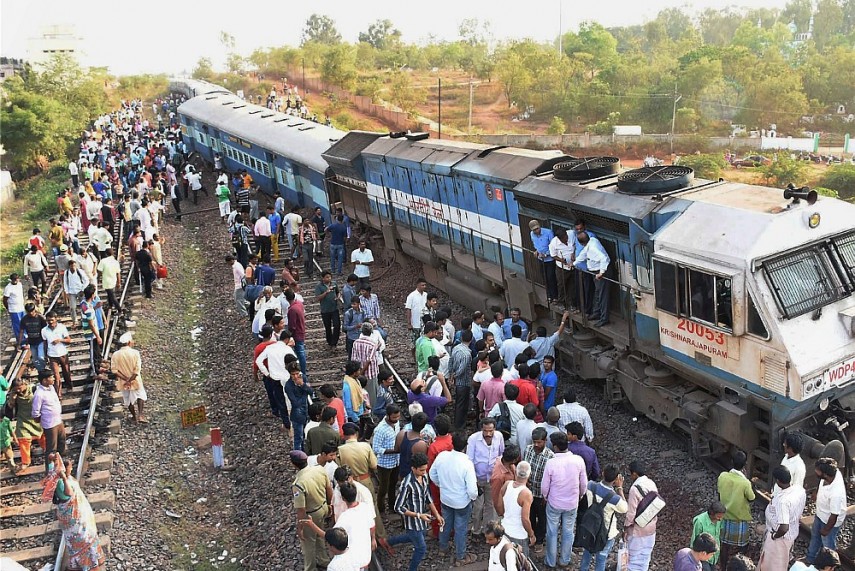 The Comptroller and Auditor General of India today said the disaster management plans of Railways are "not comprehensive" and there are shortcomings in its safety plan.

Disaster management plans, though broadly framed in zonal railways and in divisions, are not comprehensive, lacked uniformity and also did not adhere to the provisions of the Disaster Management Act 2005, the CAG said in its latest report.

The CAG said safety inspections were not conducted on regular basis.

"There were no definite schedules of inspection with all divisions not being equally covered. Many of the shortcomings noticed during the previous safety audit (conducted by Railways) remained unattended," said the report tabled in the Parliament.

The national auditor said the ARTs and ARMVs were located in the yard which was not easily accessible.

It has also found that the Integrated Security System was not fully implemented over 202 vulnerable stations identified by the Railways even after more than four years.

Surveillance mechanism was also inadequate at vulnerable and crowded stations, it said.

Provision for recovery and relief during golden hour was not adequate as Accident Relief Trains never reached the accident site within that time, the report said.

The CAG said most of the Central and Divisional Hospitals in Railways did not prepare their Disaster Management Plans to address a situation like fire, explosion, flood and earthquake.

The status of progress of training imparted to frontline staff indicated that Indian Railways is not serious in developing their skills to deal with emergency, it noted.