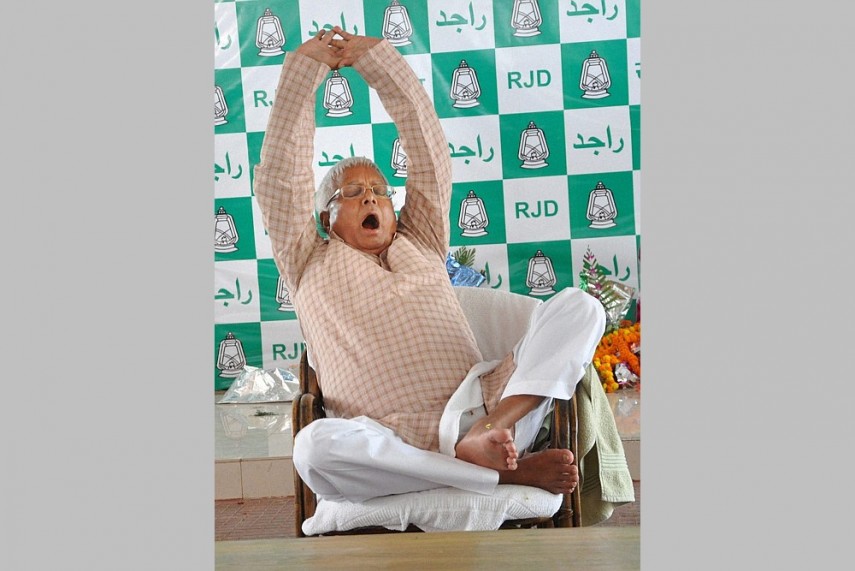 RJD President Lalu Prasad today said Railway Budget has cheated people as it has nothing to offer.

He also said there was no concern for 'safety' aspect in the Budget.

"It is all over. It has derailed. There is nothing in the Rail budget. It has cheated people. Let the financial Budget be presented, it will be further finished...," Prasad told reporters here.

Prasad, who served as Railway minister during UPA I, said that he had achieved a surplus of Rs 60,000 crore during his tenure as the Railway minister. He had not even asked from the government to support the Rail Budget.

There are unmanned railway crossings in the country where hundreds of people die every year, he said, adding that there is no concern for 'safety' aspect in the Budget.

Trains are not running on time, Prasad said adding that the budget should have come out with alternate options to generate income.

Railway Minister Suresh Prabhu today presented the Railway Budget 2016-17 in Lok Sabha in which it has not proposed any changes in passenger fares and freight rates.