Rahul Took 'Too Long to Emerge', Says Vir Sanghvi in His New Book 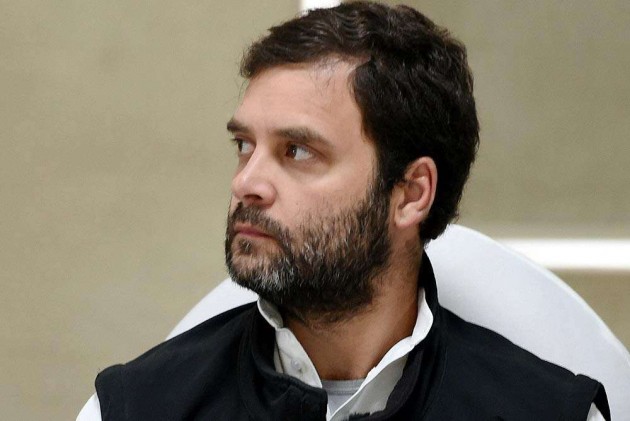 In the midst of an intense debate over Rahul Gandhi's future role in Congress, a new book says the young leader took "too long to emerge" and describes his 2014 Lok Sabha election campaign as "the worst" in living memory.

In the soon-to-be-released Mandate: Will of the People on India's recent political history, veteran journalist Vir Sanghvi looks at issues like Sonia Gandhi's refusal to become Prime Minister in 2004, and Rahul's ambivalence on major issues paving the way for a resurgent BJP to take centrestage.

The author says Rahul took "too long to emerge and when he did, it was not clear if he was for the Manmohan Singh government or against it".

He also dubs the 2014 election campaign of Rahul as "the worst" in living memory.

"Having kept away from the press and having refused to tell us where he stood on major issues, he committed political harakiri in his first interview. After that, educated Indians simply stopped paying any attention to him. He was not helped by a dreadful DAVP style advertising campaign or by the directionless nature of the Congress's campaign," he writes.

On former Prime Minister Manmohan Singh, he writes, "Judged on every parameter that he had set out for himself in 2009, Manmohan Singh had been a disaster. After a wonderful first term, he had ended up being the worst prime minister in Indian history..."

Sanghvi contested Singh's declaration that history would be kinder to him than contemporary opinion, saying, "Frankly, I doubt it. He will be remembered as the man who let India down."

"She had come out of an intensely private existence to revive the Congress and to lead it to two election victories (2004 and 2009). Where was she when all this was happening? Where were her political instincts? Did she not see that the Congress was heading for disaster?

"Nobody really knows the answers to these questions," the book, published by Westland, says.

According to Sanghvi, the logical thing for Sonia to have done was to have acceded to the party's demand to change the prime minister halfway through UPA II.

"Perhaps she was waiting for Manmohan to resign. But the same Manmohan Singh who had petulantly demanded that the party find him a majority for his nuclear deal, failing which he would resign, now determinedly clung to his chair. Even as his reputation sank lower and lower, he refused to even consider resigning."

Sanghvi feels Congress might still have recovered some ground had it fought a better campaign in 2014.

"But when things go wrong, they go wrong absolutely. And so the UPA which began with a bang ended with another bang. Only this time, the bang was the sound of the explosion announcing Narendra Modi's arrival," he writes.

The book also talks about Emergency, the rise and fall of Sanjay Gandhi, militancy in Punjab, the assassination of Indira Gandhi and the riots that followed. It tracks the emergence of Rajiv Gandhi, and explains the Bofors scandal that contributed to his defeat.

The book began its life as a television series 'Mandate with Destiny' which was aired before the Lok Sabha polls last year.

"This is not a book about voting trends or electoral turnouts. It is about the people, events and forces that contributed to the creation of the India we live in today," says Sanghvi.