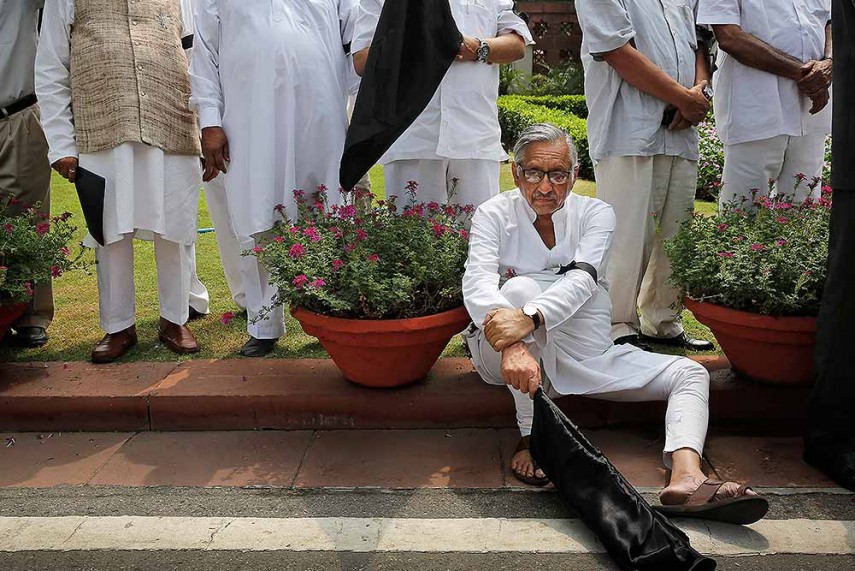 Senior Congress leader Mani Shankar Aiyar has strongly pitched for making Rahul Gandhi the party president at a time when questions are being raised over his leadership abilities after the UP poll drubbing.

He advocated a role of a mentor for party president Sonia Gandhi and asserted that the Congress has to move from being an inclusive party to setting up "an inclusive alliance".

Amid calls for radical changes by the Congres leaders following massive electoral defeats in Uttar Pradesh and Uttarakhand, Aiyar told PTI, "I am hoping that the de facto leadership of the Congress which has been in his hands for some months, becomes a de jure leadership and that will enable him to carry out his intentions of democratising the party."

Rahul Gandhi's leadership has been under the scanner following the party's repeated losses in elections.

While Senior Congressman Digvijaya Singh had recently said Rahul was not acting decisively, Kerala Youth Congress Vice President C R Mahesh has asked Rahul to "quit", if he does not want to lead the party from the front.

Senior party leaders like M Veerappa Moily and Satyavrat Chaturvedi have also pitched for initiating changes and "surgery" within the party to infuse fresh strength into it.

Asked what is stopping the Congress from implementing the 'introspection reports' which suggest changes in the party, he said, "I don't know, I therefore think, it is time Rahul got on with it as he has said he wishes to do. And perhaps, it is because he has not been the president, that he has not been able to do this."

On Sonia's role in the party when Rahul is anointed president, Aiyar said, "I expect her to play the role of Lee Kuan Yew, first mentor."

"I hope her health is good enough. So, she would be available as the most important mentor that the Congress party has and let Rahul Gandhi, who still, for at least a few years, belongs to the generation that constitutes about 70 per cent of our population" become the part president, the former union minister said.

Asked if the Congress should change its strategy and declare a prime ministerial candidate before 2019 polls, Aiyar said, "I am sure the alliance will project somebody (as the Prime Ministerial candidate) and lets see who that somebody is. I hope it will be Rahul Gandhi."

Aiyar, who has been advocating a 'grand alliance' to challenge the BJP in 2019, asserted that the time has come to "explicitly work" over the next two years in the direction of as large an alliance as possible.

However, he also made it clear that in case of a formation of such a coalition, no one should insist on the name of a particular leader as that may sabotage the process.

Asked if the 'Bihar model' needs to be replicated at the national level, Aiyar answered in the affirmative.

"Certainly in terms of a Mahagatbandhan but the Congress is the 10th ally in Tamil Nadu, the third ally in Bihar and the second ally in UP. So where the Congress fits onto all this is a matter of negotiation which cannot be prejudged," he said.

On recently-concluded assembly polls, Aiyar said the Congress failed to capitalise on the public sentiment against demonetisation.

"We certainly did not succeed politically in capitalising on the anger against demonetisation and Modi's Robin Hood-myth had a stronger message.

"The fact is that (they) haven't got one rupee of black money. No rich person is being caught or put behind bars. They have demonetised 86 per cent of our currency. That is they have looked for a needle in the haystack and not found the needle," he said.

Aiyar also lambasted the BJP for capturing power in Manipur and Goa by appointing "puppets as governors".

"The governor of Goa herself says she telephoned Arun Jaitley for instructions. She said it publically. How can a governor of a state ring up a Finance Minister... I think that betrays the fact that these are not the kind of governors envisaged by our Constitution," he said.