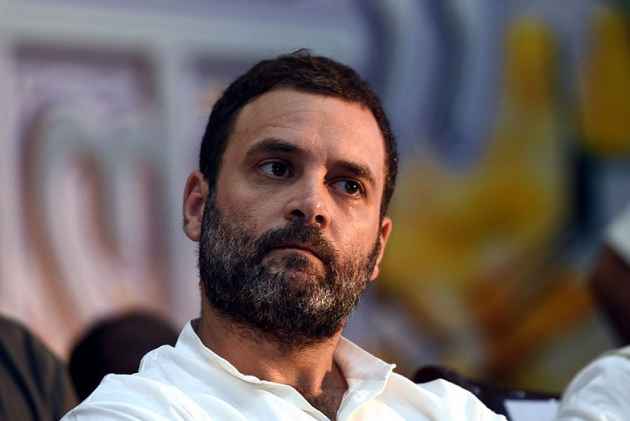 Senior RSS leader Manmohan Vaidya today said Congress vice president Rahul Gandhi did not know anything about the Sangh, whose members did take part in the freedom struggle.

"Rahul Gandhi does not know the Rashtriya Swayamsevak Sangh, nor has he tried to understand the Sangh. He does not even know the history of India," Vaidya said here.

"However, the society is coming with the RSS and the RSS is growing continously....Their (Congress') base is shrinking," Vaidya said.

"Talking about one's forefathers' achievements to hide one's own failures is considered bad form in our society," he said, in an apparent dig at the Congress leader.

Speaking at a meeting of opposition parties in Delhi, hosted by rebel JD(U) leader Sharad Yadav, Gandhi alleged that the RSS was trying to plant its people in every institution.

"Till the time RSS did not rule India, they never saluted the national flag... You can look at this nation in two ways. One says this country is mine, other says I belong to the country. That's the difference between RSS and us," the Congress vice president said.

On a common refrain of the Sangh's critics that it did not participate in the freedom struggle, Vaidya said, "Dr Hedgewar (RSS founder K B Hedgewar) had participated in two of the three 'Satyagrahas' launched by Mahatma Gandhi. Dr Hedgewar participated in a Satyagraha before the formation of RSS, and in another Satyagraha afterwards.

"He had participated individually and not as RSS leader," Vaidya said, claiming further that many RSS volunteers took part in the freedom struggle, and were "hanged, shot or jailed".

"RSS did not participate in the freedom struggle directly but its swayamsevaks (volunteers) participated in it," he said.