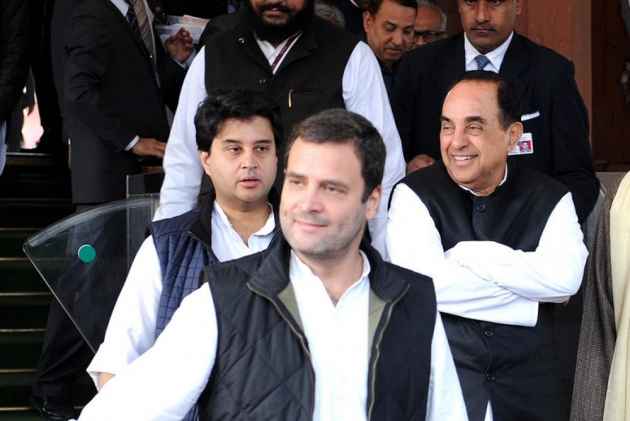 In a scathing attack on Congress vice-president Rahul Gandhi over his remark on the situation of Kashmir, Bharatiya Janata Party (BJP) leader Subramanian Swamy claimed that the Kashmir problem started under the regime of first prime minister Jawaharlal Nehru.

"Rahul Gandhi must study some history. The Kashmir problem started under Nehru regime and hasn't improved much," Swamy told ANI.

Earlier in the day, Rahul stated that he was brushed off by Defence Minister Arun Jaitley months ago, when he had warned him that the Centre was heading towards 'setting Kashmir on fire'.

"Around six, seven months ago, Mr. Arun Jaitley came to see me and I told him that they are mishandling Kashmir and they are going to set Kashmir on fire. And Jaitley brushed me aside and said that Kashmir is peaceful," Rahul told the media.

Asserting that the Centre and Prime Minister Modi were 'mishandling' Kashmir, he added that the NDA Government was creating a problem for the country by their incompetence and utilising Kashmir as a political asset.

"Kashmir is India's strength and they are making it India's weakness," he added.

Rahul's assertion came after a day of Union Home Minister Rajnath Singh assuring that a solution for the Kashmir unrest will be chalked out at any cost, while adding that all the impediments coming in between the better future of Kashmir will be removed.

"We will find a permanent solution to Kashmir. It might take some time because the problem which has been prevailing since 1947, the solution to it cannot be taken out with just a snap. We will remove all the impediments for a better future of Kashmir. The nature which has given talent in the hands of the people of Kashmir will be used for the development of the Valley and country. Nature has not given those hands to pelt stones," Rajnath said.

He also hinted towards the process of dialogue, saying the Government would talk to anybody who wanted to initiate talks. (ANI)