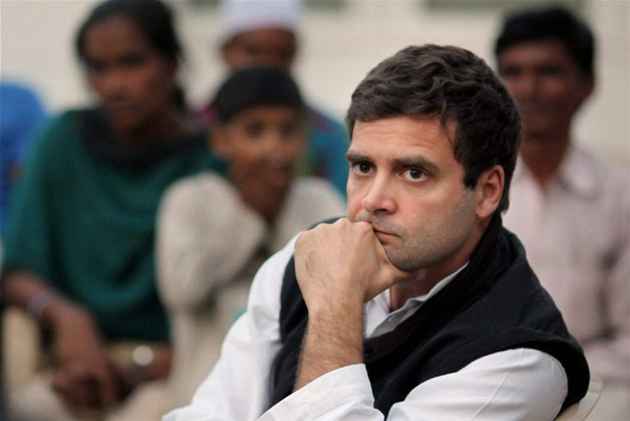 Posters declaring Congress vice president Rahul Gandhi as "missing" have appeared in his Lok Sabha constituency Amethi, with the party terming it as a "handiwork" of the BJP and the RSS.

The posters, which have been pasted at various places in the city, carry a picture of Gandhi with a message below it. "Amethi ke man-niya saansad amethi se lapata hain (Respected Amethi parliamentarian is missing from Amethi)."

Gandhi had last visited his constituency in February this year in run up to the state assembly elections.

The posters also claim developmental works, supposed to be carried out by MPs in their areas, have stalled in Amethi.

"The common man is feeling cheated and humiliated due to his behaviour. Those giving information about him will be rewarded," the message on the poster adds.

District Congress chief Yogendra Mishra termed it a "conspiracy" of the BJP and the RSS and said such things have happened earlier also.

"We will register an FIR in this connection with the local police," Mishra said.

BJP district president Uma Shankar Pandey denied the allegations saying his party and the RSS have nothing to do with it.

"Had he (Gandhi) done something for Amethi, the situation would not have arisen," he said.

Additional Superintendent of Police (ASP) BC Dubey said police have not received complaint in this matter from anyone.

"If we get a complaint, we will probe and take necessary action," he said.

Gandhi had last week met people of his constituency in Lucknow, where he had gone to submit a memorandum to the National Highway Authority of India (NHAI) regarding land acquisition of farmers for roads.