Rahul Dravid Appointed Coach for India A and Under-19 Teams 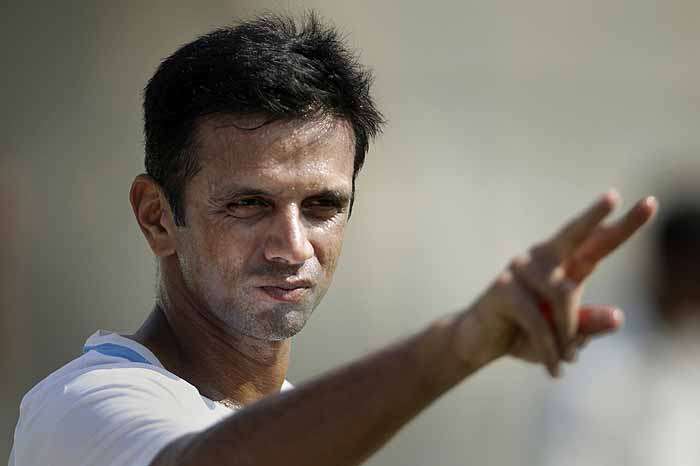 Former captain Rahul Dravid was today appointed coach of the India A and under-19 cricket teams after the first meeting of BCCI's high-profile advisory committee here but there was no clarity on Ravi Shastri's future as senior team's Director post the tour of Bangladesh.

"The good news is that Rahul Dravid has agreed to coach India 'A' and under-19 teams in future," BCCI Secretary Anurag Thakur said in a press conference after the meeting.

The 42-year-old Dravid, a veteran of 164 Tests (13288 runs) and 344 ODIs (10889 runs), had been sounded out for the national coach's job but he was reluctant to take up the assignment owing to his family commitments, sources said.

Dravid was, however, keen to take up the responsibility of shaping up the next generation of Indian cricket. He is likely to tour with India A team also.

"The under-19 World Cup is scheduled next year and the A team would be touring various countries in the coming months," Thakur said.

However, there was no end to speculation surrounding Shastri, who has been retained as Team Director till the Bangladesh tour.

"There is lot of speculation about his future but leave that to us. The time of speculation is over. The matter will be decided and this committee has been asked to give its recommendation, based on which future decisions will be taken," Thakur said.

"Till the time we don't make any changes, the current set-up will continue. We have not shortlisted any names but in some time we will have a few names and the advisory committee meeting will be held," he added.

The BCCI is continuing to hunt for a new coach to replace Duncan Fletcher, whose contract ended after this year's World Cup in Australia and New Zealand.

"We have not shortlisted the names. Let's not speculate or imagine. We will have a few names coming up in short time," Thakur said when asked about prospective candidates for the top job.

Elaborating on the advisory committee's first meeting, Thakur said the three legends suggested greater overseas exposure for the India A team and offered their services for any Indian team whenever required.

"We will be hiring a number of coaches, physios and trainers. We would like to have a pyramid like structure where from top to bottom, similar coaching and facilities are available to all. All three of them agree that if need be, Sourav, Sachin and Laxman can spare some time to help the Indian cricketers. But they don't want to interefere in any specific roles," Thakur said.

"Our focus will be to play more and more overseas. The next meeting of the legends committee will be held after the shortlist of new trainers and physios is decided for the National Cricket Academy," he added.

"One important recommendation was that to select a pool of 15 fast bowlers and 15 spinners and have specialist coaches for them."

Asked if the three greats would be paid for their services, Thakur said, "Advisory committee members are honorary."

"I am glad that when Sourav, Sachin and Laxman were approached, everybody agreed in minutes. The passion and committment level shown by the former cricketers is exceptional," he added.

Congratulating S Ravi for becoming only the second Indian umpire to make the ICC's Elite Panel, Thakur said the BCCI has been focussing on the officials' performance.