Rahul Does Not Have the Guts to Expose Modiji: Kejriwal 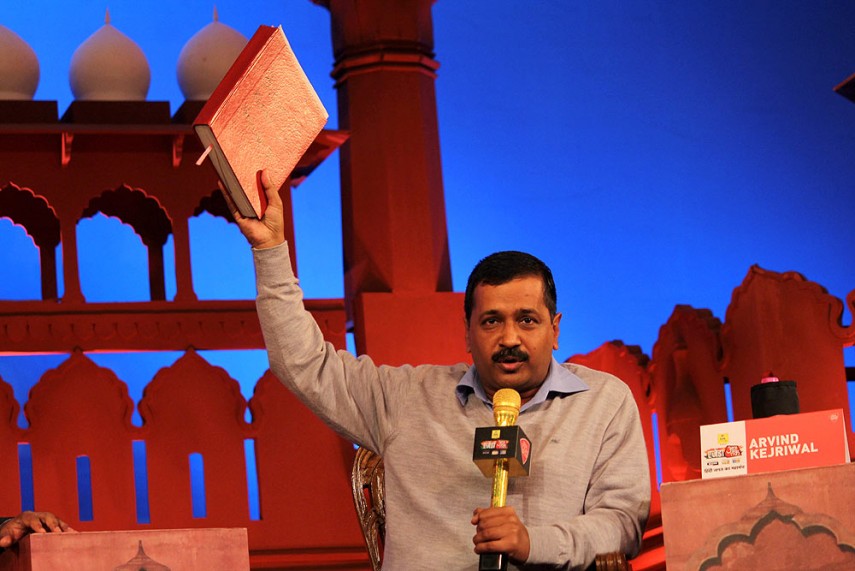 Print
A
A
A
increase text size
Outlook December 16, 2016 19:16 IST Rahul Does Not Have the Guts to Expose Modiji: Kejriwal

Delhi Chief Minister Arvind Kejriwal today said Rahul Gandhi does not have the "guts" to expose Prime Minister Narendra Modi as the Congress vice president feared action would be taken against his brother-in-law Robert Vadra.

"Rahul does not have guts to expose anything against Modi ji. The day he does it, Modi ji will arrest Robert Vadra," he said.

The chief minister was reacting to Rahul's remarks that he wants to present detailed information about "personal corruption" by Modi in the Lok Sabha but is not being allowed to do so by the PM.

Two days ago, Kejriwal had dared Gandhi to "expose" PM Modi if he has documents at his disposal, saying Congress and BJP indulge in such "friendly matches" but do not make any disclosure.

The AAP supremo also lashed out at the CBI for registering a case on a complaint made by e-wallet company Paytm.

"Modi ji has come into Paytm advertisements. He is in Paytm's wallet now. CBI does not have the guts to refuse Paytm's order," Kejriwal tweeted.

CBI has registered an FIR against some customers of Paytm on a complaint by the company that it has allegedly been cheated to the tune of Rs 6.15 lakh by customers based here.

It is rare for the agency to take up such cases unless they have been referred by the Central Government or directed by Supreme Court or one of the High Courts.