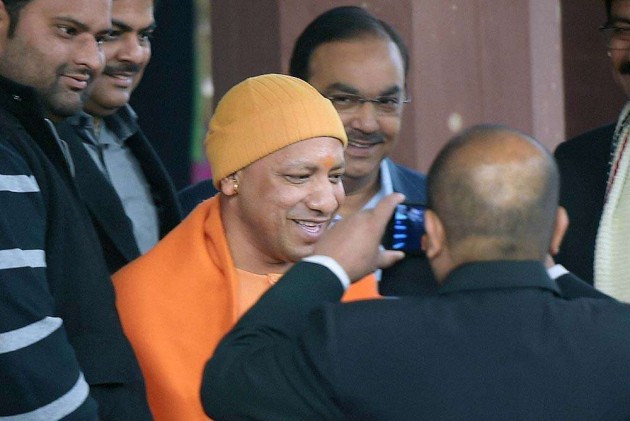 Controversial BJP MP Yogi Adityanath has said that A R Rahman is "welcome" to return to Hindu fold as he waded into the row over the fatwa against the music maestro, days after VHP said it was time for his 'ghar wapsi'.

Objecting to an Iranian film Muhammad: Messenger of God, Raza Academy, a Muslim group in Mumbai, recently issued a fatwa against all those involved in the project, including Rahman and the renowned Iranian director Majid Majidi.

"The fatwa issued against Rahman is in itself laughable and if anyone wants to come(to Hindu fold) we will welcome him," Adityanath told reporters here yesterday when asked to comment on the controversial fatwa.

"I would say it is utterly, absolutely disgusting. The religion, whatever religion you practise is your personal choice... The remark really shows the true colour of BJP which just believes in divisive politics," said Congress leader Sharmistha Mukherjee.

Shaina NC of BJP reacted cautiously to Adityanath's remark, saying that in a country like India "we cannot be judgemental on Raza academy or for that matter a comment made by an individual MP."

Kamal Farooqui, member of All India Muslim Personal Law Board, regretted that some people in the BJP are allowed to speak whatever they feel like without realising that they are spreading "venom" all around.

VHP joint general secretary Surendra Jain on Wednesday said Hindus will "welcome" the noted composer with open arms and alleged that he had converted to Islam for commercial reasons.

"I will appeal to Rahman he should return, he should do 'Ghar Wapsi'. The Hindu society is waiting for its son. We will not only welcome him with open arms but also ensure that no harm is done to him irrespective of how many fatwas are issued," Jain had told reporters in Delhi.

A BJP MLA in Telangana on Thursday urged the VHP to reach out to more people like Rahman.

"I request VHP functionaries to reach out to many more people like AR Rahman who are feelign suffocated after acacepting Islam," said Raja Singh.

Rahman was introduced to Qadiri Islam when his younger sister was seriously ill in 1984. He converted to Islam (his mother's religion) with other members of his family in 1989 at the age of 23, changing his name from R S Dileep Kumar to Allah Rakha Rahman (A.R. Rahman). His father's untimely death had put several financial pressures on the family, which included four children.

In a long statement, posted on his Facebook page, Rahman had quoted verses from the Quran to explain his point of view and the decision behind boarding Iranian director Majid Majidi's movie, which is a planned trilogy on the life of Prophet Muhammad.

"I am not a scholar of Islam. I follow the middle path and am part traditionalist and part rationalist. I live in Western and Eastern worlds and try to love all people for what they are, without judging them," Rahman wrote.