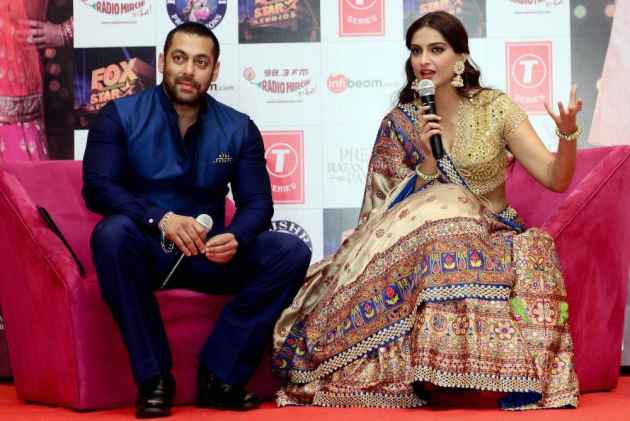 Against the backdrop of a Tanzanian woman student allegedly beaten up and stripped in Bengaluru, actress Sonam Kapoor has said the issues of racism and intolerance are not India-specific and are prevalent across the world.

"Racism exists all over the world, it is not specific to India. But the reason education has always been my favourite category is because it is something which makes people aware and less ignorant.

"It makes people take decisions which are a little more thoughtful as opposed to behaving like hooligans and 'junglee'...," Sonam told reporters when asked if India had become racist and intolerant.

Criticising the recent incident involving the Tanzanian woman, the 30-year-old actress said she too has faced racism.

"It was a very badly done thing (referring to Bengaluru incident). I do not think racism and intolerance are specific to India. It's something that is across the globe. I don't think we should say only Indians are like that. I've faced racism in the world always," she said.

The "Prem Ratan Dhan Payo" star was speaking at the L'Oreal Paris 'Women of Worth' awards nomination ceremony, in association with NDTV. The award will felicitate the achievements of ordinary women who have achieved extra ordinary success.

Sonam also said that the issue of pay disparity exists in Bollywood, and she has taken a conscious decision to work with people who will give the actress her worth.

"I do not work with people who do not respect me enough to give me my worth. That's always been my stand. That's why I always work with directors and producers and companies which give me what I deserve and give me respect," she said.

"Otherwise I take a stand. But everybody does not have that luxury...I believe there is pay disparity. It's upto you whether you want to encourage that or not," she added.