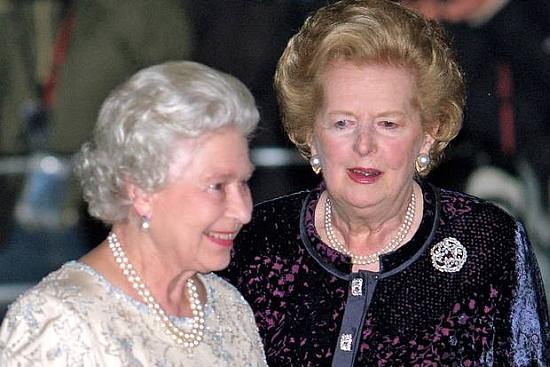 Queen Elizabeth II used to do impersonations of former British prime minister Margaret Thatcher, mocked her accent and referred to her as "that woman" to Commonwealth leaders, a new book has claimed.

There have long been claims about tensions between the Queen and Thatcher during her time in Downing Street and a new book by Dean Palmer has put the spotlight on the rapport between the two most powerful women in recent history, claiming that they had repeated disagreements that were "very personal, class driven and distinctly female".

In The Queen And Mrs Thatcher: An Inconvenient Relationship, the first published analysis of their lack of rapport, Palmer, who has made documentaries for the BBC, Channel 4 and ITV, claims the two female figureheads "met and disliked each other on sight."

The Monarch referred to the then prime minister as "that woman" to Commonwealth leaders and made jokes about her behind her back, the book claims.

The book tells how Thatcher's "entire character was anathema" to the Queen, the Sunday Express reported.

It also states that the Queen mocked Thatcher's accent, which she described as "Royal Shakespeare received pronunciation from circa 1950."

The book says that Thatcher loathed trips to Balmoral (Queen's favourite summer retreat), considering them a "tedious waste of time".

The book also tells how the Queen, now 89, poked fun at Thatcher.

Known for her mimicry, the Queen's favourite Thatcher gag was about the prime minister visiting an old people's home. Imitating Thatcher's grandiose accent as she shook the hands of an elderly resident, the Queen would ask: "Do you know who I am?", before adding, "No, replied the confused resident, but if you ask matron, she'll tell you."

The Falklands War with Argentina also caused further resentment between the pair as Thatcher became lauded as "mother of the nation" and the "public face of Britain abroad".

"For over a decade they quietly waged a war against each other on both a personal and political stage, disagreeing on key issues...," Palmer writes.

"Thatcher did love to lecture, which did not go down too well with Her Majesty," he writes.

The then prime minister was also left "furious and humiliated" after being rebuffed by Buckingham Palace for suggesting that the pair should coordinate outfits, the book claims.

"The Queen does not notice what other people are wearing," the haughty royal reply had said, according to the book. Thatcher was the Prime Minister of the United Kingdom from 1979 to 1990. She died in 2013 aged 87 after suffering a stroke.