Queen Elizabeth To Invite US President-Elect Trump To Palace: Report 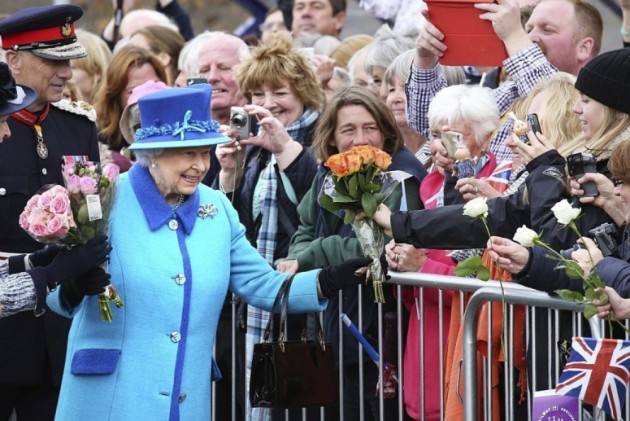 Print
A
A
A
increase text size
Outlook November 20, 2016 18:28 IST Queen Elizabeth To Invite US President-Elect Trump To Palace: Report

British government is planning to use Queen Elizabeth II as a "secret weapon" to invite US President-elect Donald Trump to Buckingham Palace in the first half of 2017 to bolster US-UK ties, a news report claimed today.

Ministers believe the Queen is their "secret weapon" and British Prime Minister Theresa May will use the state visit to help strengthen the "special relationship" between Britain and the US, 'The Sunday Times' reported.

A source who has discussed the issue with a Cabinet minister told the paper: "The government has decided that their secret weapon to get in with Trump is to offer him an early visit to the Queen, him and [his wife] Melania staying at Windsor Castle."

A senior official said the details of the invitation had been held back for protocol reasons because Mrs May was due to meet Barack Obama in Berlin next week.

"I know that there are plans for a state visit. They didn't want to say it because it's disrespectful to Obama, but once [Trump is] in they'll move quickly in No 10. London in summer is a very attractive place for anyone to come. It will be the first offer," the official told the newspaper.

Trump reportedly told May when they had their first official phone call 10 days ago that his mother, a Scot, had been a big fan of the Queen and asked the Prime Minister to pass on his best wishes to the monarch.

Another cabinet source said: "The Queen is the key here. She's not a secret weapon, she's the biggest public weapon you have."

A Buckingham Palace spokesperson made clear that the final decision would rest with Downing Street.

"State visits and other meetings with overseas heads of state are organised on the advice of the government," the spokesperson said.

A Downing Street spokesperson said: "No visit has been organised but the Prime Minister is looking forward to welcoming the president-elect to the UK when he chooses to visit."