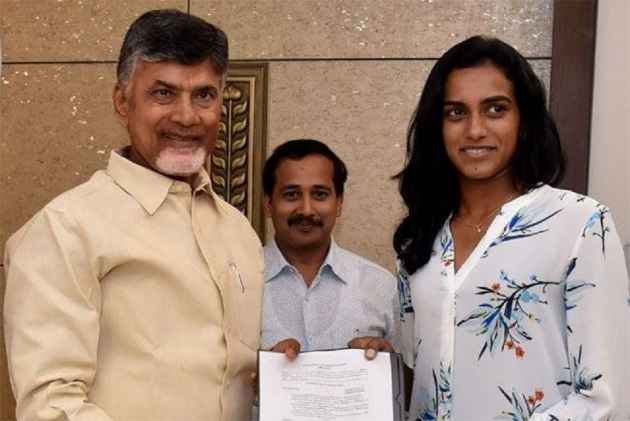 Sindhu was accompanied by her parents to the office of Chief Commissioner of Land Administrators (CCLA) where she took charge.

She met district collector B Lakshmi Kantham in the evening and reported for duty.

"I am really very happy. Today, I have joined and I am looking forward to it. I would definitely be taking the guidelines of the LLE people and move forward," the Hyderabadi shuttler told ANI.

"It's a great feeling to serve the country and serve the people," she added.

Sindhu was on July 27 issued an appointment letter for the post of Group-I officer in Hyderabad.

Presenting the offer letter, Andhra Pradesh Chief Minister N. Chandrababu Naidu had said he is hopeful that Sindhu would surely bring more laurels to the country in the time to come.

"Issued an appointment order to @Pvsindhu1 for the post of Group-1 officer. Hopeful that she'll bring more laurels to the country," Naidu had tweeted.

To that, Sindhu had replied "Thank you for supporting me sir! I will work hard to bring more laurels to the country."

The 21-year-old shuttler has been working with Bharat Petroleum Corp Ltd (BPCL) since 2013 and is currently an assistant manager (sports) at its Hyderabad office.

Although Sindhu missed out on gold in Rio de Janeiro, she scripted history by becoming the first Indian woman athlete ever to win silver at the Olympics.

In a bid to honour the shining badminton star, the Telangana Government had felicitated Sindhu with Rs. 5 crore cash reward, a residential plot in Hyderabad, while the Andhra government presented her a cash award worth Rs. 3 crore. (ANI)