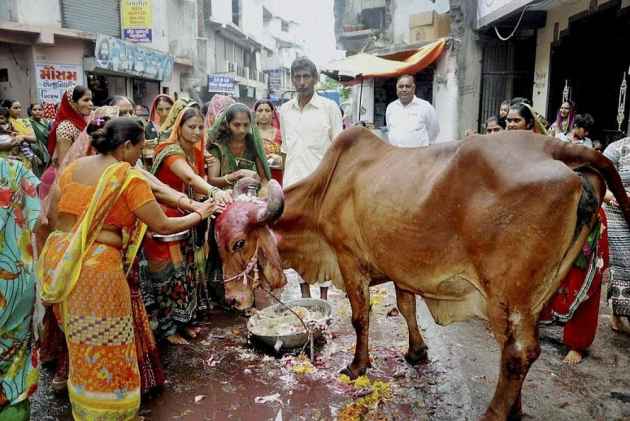 Print
A
A
A
increase text size
Outlook June 14, 2017 09:53 IST Puri Pontiff Laments Killing of Cows In India Despite There Being a 'Rule of Hindus'

Shankaracharya Swami Nishchalananda Saraswati, the pontiff of the Govardhan Peeth shrine at Puri in Odisha, today blamed the "politicians' greed for power" for the incidents of cow slaughter in the country, despite the "rule of the Hindus".

Addressing a function here, Saraswati, who is on a four- day visit to the city, deplored former Supreme Court judge Markandey Katju's stand in support of consumption of beef and decried West Bengal Chief Minister Mamata Banerjee's refusal to ban cow slaughter in her state.

Referring to the recent incidents in Kerala, where "beef fests" were organised and a calf was butchered allegedly by Youth Congress activists, he said, "The religious leaders of the state were so afraid that they did not even condemn the incident in public.

"Politicians must give up their greed for power. Only then can we ensure that the ban on cow slaughter becomes a reality. Otherwise, we will continue to witness what happened during the British Raj during the rule of the Hindus as well."