Pune Landslide: 130 Bodies Pulled Out So Far From Debris 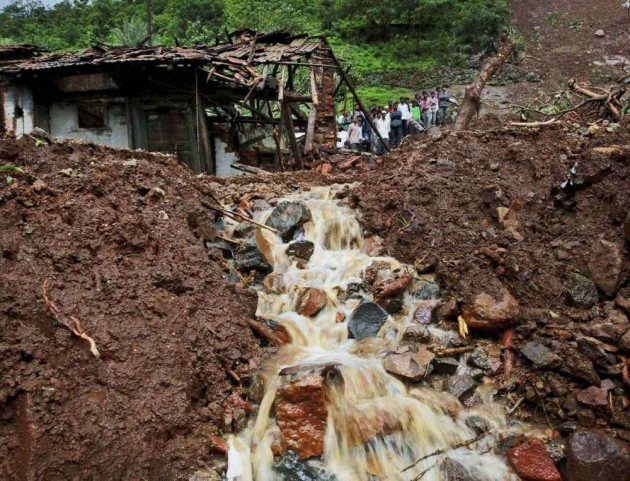 Rescuers have pulled out 130 bodies so far from the muddy debris at the disastrous landslide site at Malin, district officials said here today.

Efforts are on to locate more bodies, despite no hopes of locating any survivors on the sixth day of rescue operations, which continue to be impeded by hostile weather, intermittent rain and marshy landmass, hindering movement of rescue vehicles and dumpers, officials said.

According to district officials, the dead include 50 men, 51 women and 19 children in addition to 33 carcasses of animals buried under the rubble of about 44 houses, which were crushed under a powerful flow of mud and rain water on July 30 after the massive landslide due to incessant rains.

Precautionary measures are being taken to prevent any possible health problems arising out of prevalent conditions at the mishap site, officials said.

The original estimate of people trapped under the debris was 160, based on the number of houses and families which bore the brunt of nature's fury.

Meanwhile, relatives of those who died in the landslide continued to cremate their bodies, even as the district administration procured huge quantities of firewood and kerosene to light their funeral pyres in the damp atmosphere.

In a related development, the district administration issued eviction notices to residents in the few remaining houses in the area, after an advisory by Geological Survey of India (GSI) officials who warned of a possibility of more landslides, if rains continued to lash the region for another three or four days.