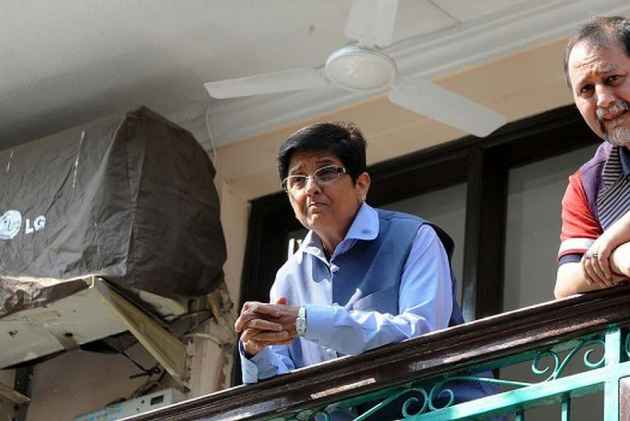 The AIADMK (Amma) faction here today urged chief minister V Narayanasamy to lead a joint delegation of all party MLAs to meet the Union Home Minister to draw his attention to the 'undemocratic' style of functioning of the Lt Governor Kiran Bedi.

AIADMK (Amma) legistlature wing leader A Anbalagan said induction of three nominated legislators by Bedi on the night of Tuesday at Raj Nivas "is a clear violation of all democratic norms and conventions."

He said the very appointment of the three nominated members by the Centre without knowledge of the elected government "is also a breach of the constitutional procedures."

He alleged that all along the Lt Governor had been encroaching on the rights of the elected government.

The chief minister should lead a joint delegation of all party mlas to meet the Home Minister to highlight the 'undemocratic' style of functioning of the Lt Governor, he said.

He blamed the chief minister for the "current mess in the Centre finalising the list of nominated legislators and their subsequent induction by the Lt Governor."

"It is difficult to understand why the Chief Minister had kept mum without recommending on his part the names of nominated legislators," the leader added.