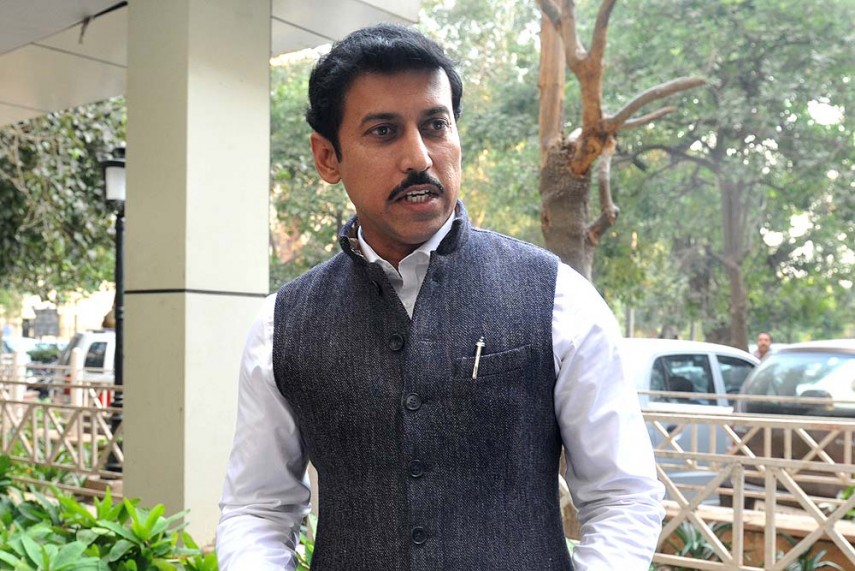 In the backdrop of ongoing unrest in Kashmir, Union minister Rajyavardhan Rathore today said "psychological wars" waged in cyberspace are the "new threat" of our times, and urged people to turn into "social media soldiers" to counter this new-age warfare.

"The world is changing. First there was traditional war, then nuclear war, and then limited intensity war (like Kargil). But, today's threat is of cyber war and through that psychological warfare. And, this psychological war is the biggest war," he said.

The Union Minister of State for Information and Broadcasting was addressing a gathering at a function organised by Jammu and Kashmir People's Forum to mark 'Kargil Vijay Diwas' at the Constitution Club of India here.

"Recently a terorist was gunned down in Kashmir like many other terrorists have been killed...And, talking about this psychological warfare which is being waged in the realm of social media, what followed on Twitter after that terrorist was shot dead...

Rathore lauded the sacrifices made by soldiers and officers of the Army in Kargil war of 1999, but cautioned that nature and realm of warfare has now assumed different proportions.

"Therefore, I say, our soldiers are there on the front, but it's not adequate. We need thousands of people who can play the role of a 'sainik on social media' and also become soldiers," he said.

Recalling his Army days, Rathore recalled his experiences of Kashmir where he once had to "assume the look" of a terrorist to kill terrorists.

"We had no official orders but we realised the situation that our uniform would invite different kind of reactions. So we decided to assume the looks of terrorists, grew beard and shot them down," he said.

"Also, to gather gather intelligence, we used to use pen sketches. Because we never used to get photos of the most 'shatir' (cunning) terrorists.

"But those who are 'showman atankwadi', they meet with the same fate...Pamphlets are produced and then their photos are marked with a cross, like this 'do kauri' (worthless) terrorist (in Kashmir)," he said.

On Kargil anniversary, he paid homage to the soldiers and other men in uniform, who laid down their lives for the country.

"It was the first televised war and after our victory the US army came to learn mountain warfare from us," he said.