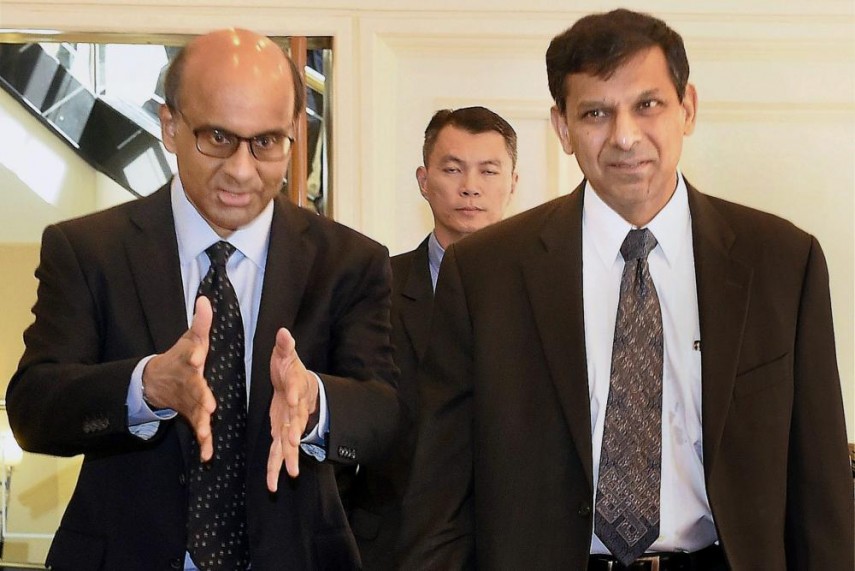 Flagging difficulties in getting top talent at public sector banks, RBI Governor Raghuram Rajan today said they tend to over-pay at the bottom but under-pay their top executives, even as he rued, albeit jokingly, himself being "under-paid".

"One of the problems, of course, is that as with all public sector entities, you overpay at the bottom and underpay at the top... Yes, you feel that you are doing the job for the broader public but you just make it harder to attract top talent, specially a lateral entry," Rajan said here while talking about public sector banks (PSBs).

As per the latest data on monthly salaries made public by RBI, Rajan's total monthly emoluments stood at Rs 1,98,700 for the month of July 2015. Rajan, on-leave professor of finance at Chicago University and former Chief Economist and IMF, will return to academia after his term at RBI ends on September 4.

The top-level salary disclosures made by the banks in their respective annual reports show a sharp difference between the total remuneration paid at the public sector and private sector entities.

Rajan also suggested giving rewards like ESOPs by public sector banks, which is very common in private sector, by taking advantage of the current low share valuations of PSBs.

Rajan said a better payscale at bottom levels can also be a source of opportunity, and pointed out that the RBI's compensation packages even for class III employees are attractive enough to get really highly qualified people in.

"We get lot of engineers, MBAs even in class III jobs. Our strategy has been to try and expand opportunities these people have while saying that you are not just there for clerical work, we are asking you to do much more value," he said.

Rajan said while one of the strengths of the public sector sometimes is the absence of pay and promotion that is very sensitive to performance, too little sensitivity can also be a problem as high performers get demotivated, and the slothful are not penalised.

An increased emphasis on performance evaluation, including identifying low performers with the intent of helping them improve, may be warranted, he said.

"In addition, rewards like employee stock ownership plans (Esops) that give all employees a stake in the future of the bank may be helpful. With public sector banks' shares trading at such low levels, a small allocation to employees today may be a strong source of motivation, and can be a large source of wealth as performance improves," the Governor said.

The central bank chief said lateral hires are also important, but many banks as well as public institutions have strong aversion to lateral hires because they break the cadres.

The Governor said one of the difficulties public sector banks has is the court judgements that prohibit hiring from specific campuses.

It is an anomaly that the National Institute of Bank Management is supported by public sector banks' funds, but sends most of its high quality graduates to work for private sector banks.

"Public sector banks can petition the courts to allow some modicum of campus hire, especially when the campus chooses openly through a national exam," he said.

Another alternative is to make bank entrance exams much less onerous to take, with applications, tests, and results, wherever possible, available quickly and online.

"Banks then have an easier task of persuading students on elite campuses to take the exam. We are following this latter course at the RBI," he said.

The Governor said there is a need to be more liberal in allowing local hires. There are many places in the country where people may find it difficult to go, but local talent is available and can do a fantastic job.

"To have local information, be comfortable with local culture, be locally accepted, and be competitive in low-cost rural areas. Public sector banks will have to have more freedom to hire locally, and pay wages commensurate with the local labour market," he said.

Rajan said the thinning of middle management ranks in public sector banks can be viewed as an opportunity to draw in more younger people and promote them faster by giving them significantly more support in terms of training,

"Yes, we cannot give them 25 years seasoning as we did in the past, but may be we can give them training. I know many of you are looking at these possibilities, including using online training schemes in order to do this," the outgoing Governor concluded.