Proud of My Comeback Today: Steyn 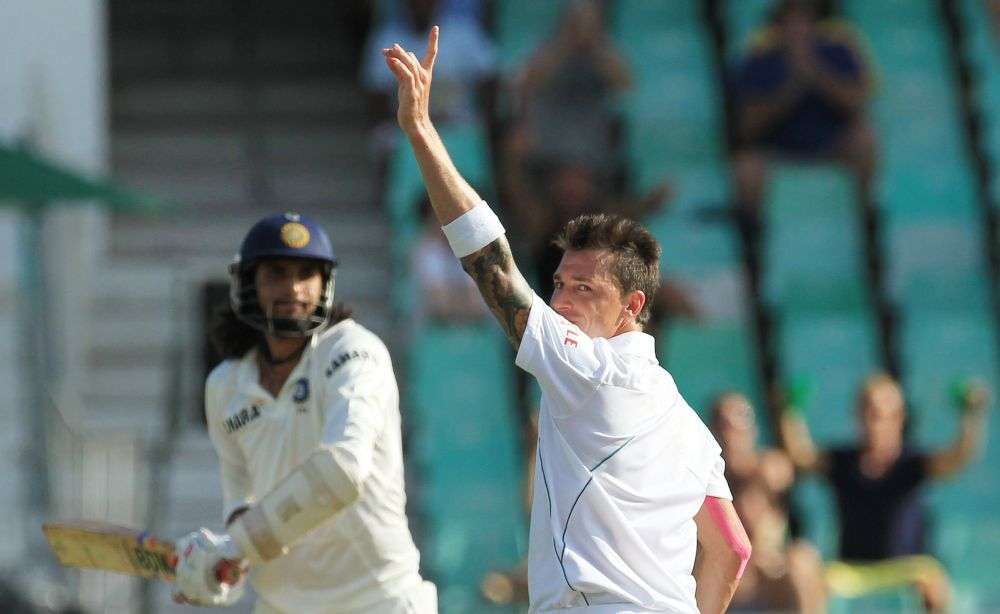 South African pacer Dale Steyn who carried the attack back to the Indian camp with a sensational six-wicket haul said that he wasn't at all disappointed while not getting any wickets for more than 69 overs as he was bowling well.

"I didn't mind the way I was bowling previously. We have to bowl badly to learn from it. And I wasn't bowling badly. I beat the edges so many times. Sometimes you need a soft dismissal to get going and then you can take wickets off good balls, by turning the momentum towards you. So I needed that momentum, and my tail was up and I picked wickets unlike in Johannesburg," Steyn said at the day-end press conference.

"Allan (Donald) said that it was one of my best five-wicket hauls, because I had gone so long without taking a wicket. People capitulate when they are not able to come back and so I am proud that I could pick myself up and keep going," Steyn added.

He picked up three wickets in the post-lunch session, breaking the 157-run partnership between Murali Vijay (97) and Cheteshwar Pujara (70). It broke India's batting-order and they were bowled post-tea. This was after the morning session was rained off.

"When the covers were off, the pitch had a little bit of sweatiness. And for the first hour and twenty minutes, there was a little bit in the wicket. We saw a lot of balls misbehaving than they were yesterday. Once it dried up, the pitch was like yesterday, it was good again. We were hoping it would stay a bit more, stick around for the new ball, but it was good to bat again," he said.