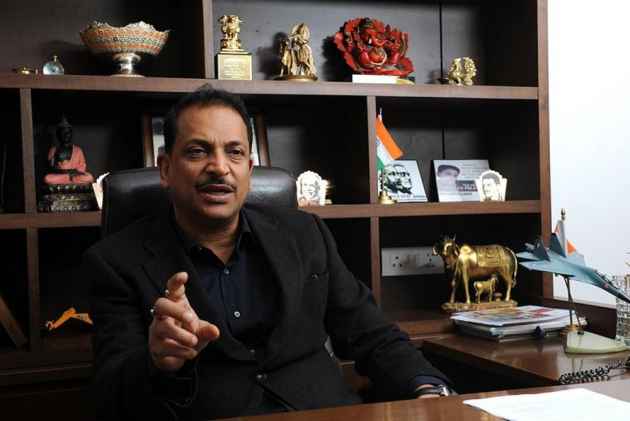 Several training partners and franchisees today stormed into the office of the skill development ministry here, protesting against non-allocation of seats or skilling targets under the government's flagship PMKVY 2 scheme.

Union Minister for Skill Development and Entrepreneurship Rajiv Pratap Rudy was out of New Delhi, meeting Chhattisgarh Chief Minister Raman Singh in Raipur, at the time of the protest.

The protesters carrying banners and placards laid siege to the ministry's office at the Shivaji Stadium annexe, alleging that influential training partners were being allocated centres whereas they were left out.

According to senior officials, the government has suspended further allocation under the skilling scheme PMKVY 2.0 in three states, including Uttar Pradesh, Haryana and Rajasthan, after finding irregularities like fraudulent enrolment of ghost candidates by the franchisee skill centres.

Many protesters whom PTI spoke to threatened to commit suicide, saying they were neck-deep in debt since they had invested heavily in setting up such training centres by taking loans and could not repay them as they were not allocated seats.

"We are not shutting down all franchisees, but only the bad ones. There are some good franchisees whom we will engage as direct training partners. So eventually, franchisee system will go. A formal decision to this effect has been taken by the ministry and will be announced soon," NSDC MD and CEO Manish Kumar said.

He refuted allegations about discrimination in allocation of seats or skilling targets, saying these were being levelled by disgruntled people who have been identified as bad players.