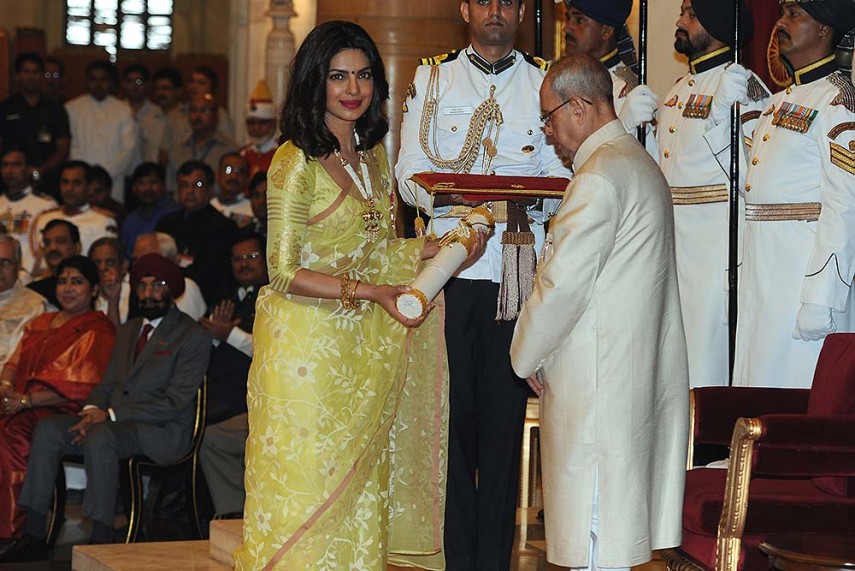 Priyanka was named by Time among 100 most influential people thanks to her blossoming career in Hollywood.

Trump is also on the list and both attended the gala last night.

"I just think you can't put a ban on anyone. Generalizing a type of people is really primitive," she said.

The 33-year-old star said the fight against domestic terrorism has grown so complex that "you can't put a face on it anymore," she added.

Trump has been already criticised by celebrities like George Clooney and wife Amal for his controversial comments.

Continue FREE with Ads Pay Rs. 1 to Read Without Ads
READ MORE IN:
Priyanka Chopra Arts & Entertainment
Next Story : Britain Would Be Less Well Off After Brexit: OECD
Download the Outlook ​Magazines App. Six magazines, wherever you go! Play Store and App Store