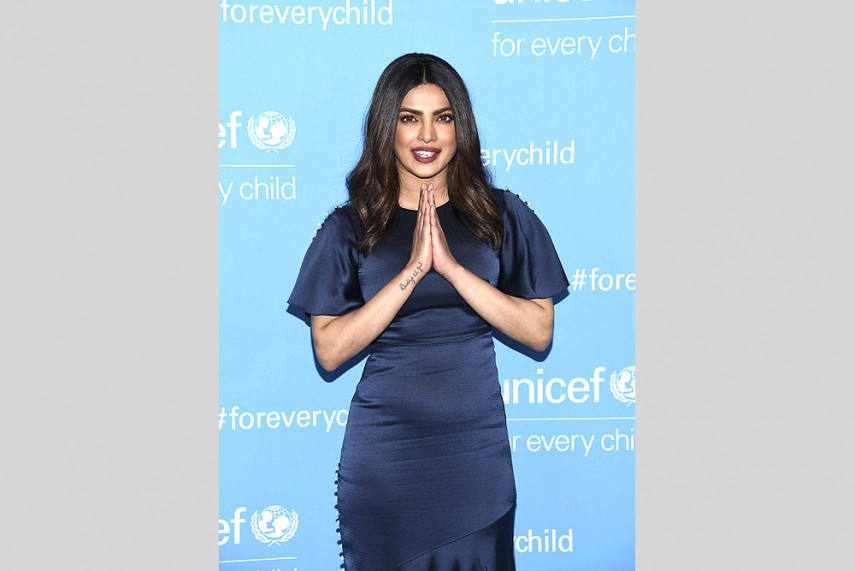 Priyanka, who will soon be making her Hollywood movie debut with "Baywatch", is on seventh number in the Oscar Red Carpet Dresses category, Dongre is also at the 7th spot in the fashion designers list, reported Entertainment Weekly.

One of India's most popular designers, Dongre became a rage across the globe after Duchess of Cambridge Kate Middleton wore one of her design during the India visit.

Indian-origin American designer Rachel Roy is number one in the most searched fashion designers list. Twins Mary Kate and Ashley Olsen are on the second place.

Netfilx drama "Stranger Things," pop sensation "Beyonce," and game "Pokemon Go" are also among the most popular entertainment sensations of 2016.

The list of most-searched topics has legendary singer Prince at number one, whose death helped propel "Purple Rain" to the top of the song search list, just behind Beyonce's "Formation."

The US President-elect Donald Trump leads the list of most searched people with Hillary Clinton following him at the second position.

Actor Brad Pitt, whose divorce with Angelina Jolie is still making headlines, is the most searched actor. The list has Tom Hiddelston on second spot thanks to his brief but public romance with Taylor Swift.

Meghan Markle, who is currently dating Prince Harry, is the most searched actress, followed by Marion Cotillard.