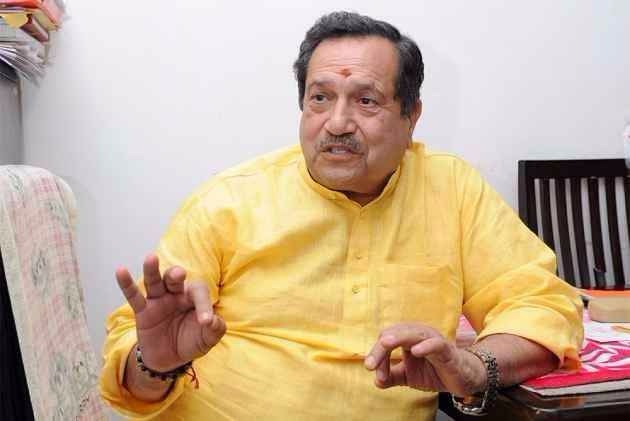 Rashtriya Swayamsevak Sangh (RSS) leader Indresh Kumar on Friday appealed against slaughtering and consumption of cow, saying that doing so would help preventing hatred from spreading across the world.

"There are other means to feed oneself. Is it important to kill someone? Is killing someone secularism? People can have the milk of the cow, which is considered as medicine across the world and stay happy. If they will follow this path, then the hatred across the world will end soon," said Indresh Kumar after attending an Iftaar Party organized by Muslim Rastriya Manch here.

"Cow is not sacrificed in any of the holy places in the world. In Mecca, sacrifice is banned and to consume beef is considered as a crime," he said.

Making his case, Kumar further stressed that the matter was not about being vegetarian or non-vegetarian, but about sacrificing a living being and feed oneself.

Kumar's fresh assertion comes in continuation with his crusade against cow slaughter.

On Thursday, Kumar said, "If you have a bad habit, should you continue? It is the government's duty to stop bad habits like tobacco...this is the same thing." (ANI)

Continue FREE with Ads Pay Rs. 1 to Read Without Ads
READ MORE IN:
Indresh Kumar National
Next Story : One Civilian Injured in Cross-Fire Between Terrorists And Indo Tibetan Border Police in Qazigund Area of J-K
Download the Outlook ​Magazines App. Six magazines, wherever you go! Play Store and App Store