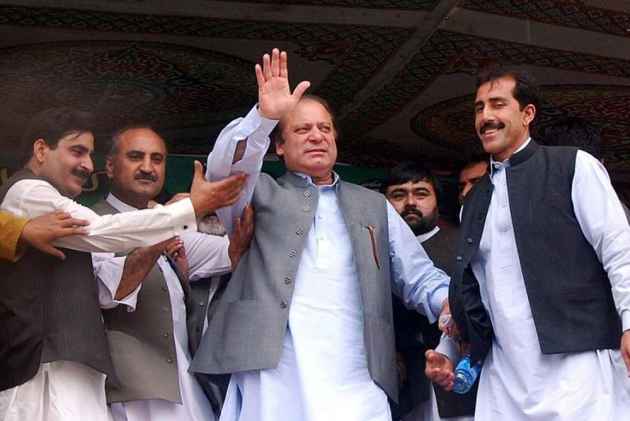 Lower and higher courts in Pakistan came to a standstill today as lawyers across the country held protests demanding Prime Minister Nawaz Sharif's resignation after a probe recommended filing a graft case against him and his family.

The protests were called by Pakistan's top lawyers' associations, including the Pakistan Bar Council (PBC) and the Supreme Court Bar Association.

The courts, where protests were organised, did not hear any case. The Supreme Court, however, continued with its proceedings, including hearing the Panama Papers leaks case.

The Lahore High Court was also paralysed by a partial strike by the lawyers.

The organisations have urged Sharif to "honourably" resign as he has "lost the moral and legal authority" to continue in his office after a joint investigation team (JIT) report accused him and his family of evading tax by setting up offshore companies to purchase high-end properties in London.

Bar council Vice Chairman Ahsan Bhoon said the lawyer community has expressed solidarity with the Supreme Court and asked Sharif to step down.

"We have requested the Supreme Court to take the Panama Papers case to its logical end and disqualify the prime minister and other public office-holders declared guilty of corruption in the JIT report."

"The JIT report has proved that the prime minster and his family members have been involved in corruption," he said, adding that the apex court should refer the case to the National Accountability Bureau for a reference against the Sharif family as recommended by the JIT.

He claimed the evidence collected by the JIT was enough to disqualify Sharif.

Sharif has dismissed the JIT report as a "bundle of baseless allegations" and refused to quit. "The people of Pakistan have elected me and only they can remove me from this post."