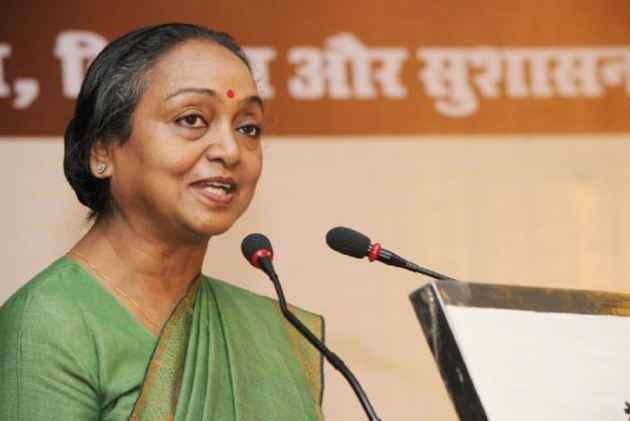 Before filing her nomination papers, she reiterated that it is upsetting for her to see the that the bug of casteism is still feeding upon India, which otherwise wants to advance in all aspects.

"It is very upsetting, unfortunate that a country like India, which wants to advance in every aspect, is using a mentality which is so narrow and dividing, that too also when we are fighting for presidentship," she said.

Congress vice-president Rahul Gandhi also took to Twitter to Meira, saying she represents the values that bind people together as a nation.

"Against the ideology of divisiveness she represents the values that bind us as a nation&a ppl.Proud to have @meira_kumar Ji as our candidate (sic)," Rahul said.

Meira visited the Rajghat prior to filing her nomination.