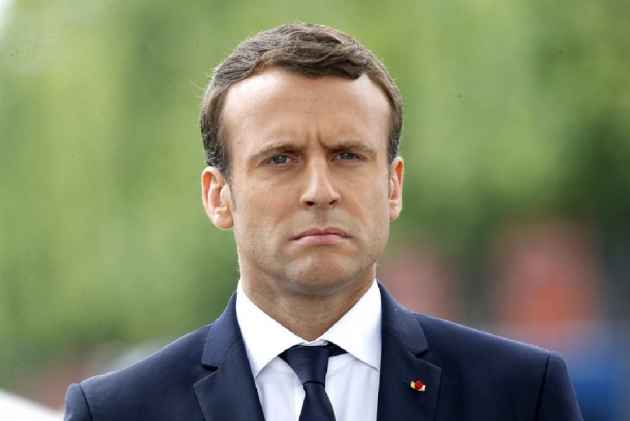 French voters go to the polls today in the first round of parliamentary elections with President Emmanuel Macron's party appearing well-placed to gain a commanding majority.

Macron has enjoyed a smooth start in the five weeks since he beat far-right candidate Marine Le Pen to become France's youngest-ever president, naming a cabinet that crosses left- right lines and making a big impression at international summits.

His centrist Republique en Marche (Republic on the Move, REM) party, which he only founded in April 2016 as a platform for his presidential bid, now needs a clear majority in the National Assembly for him to push through the reforms he has promised.

A host of opinion polls show Macron's party could take around 30 per cent of the vote today, putting it in pole position to secure an absolute majority in the second round a week later.

That could translate to as many as 400 seats in the 577- seat chamber. REM has already had a boost after its candidates came first in 10 of the 11 French overseas constituencies that voted before the mainland.

If no candidate wins over 50 per cent in the first round, the two top-placed go into the second round - as well as any candidate who won the votes of over 12.5 per cent of the electorate.

More than 50,000 police will be on patrol in a country still under a state of emergency following a wave of attacks that have killed more than 230 people since 2015.

In the latest incident, which took place on Tuesday, a 40-year-old self-radicalised Algerian was shot and wounded after attacking a policeman with a hammer outside Paris' Notre Dame cathedral.

French voters have traditionally rallied behind their new leader in the legislative elections that follow the presidential ballot.

Macron's predecessors Francois Hollande in 2012, Nicolas Sarkozy in 2007 and Jacques Chirac in 2002 all won outright majorities. Unlike Macron, however, they all came from long- established parties.

REM reflects the president's desire for a new brand of politics. Initially dismissed by Macron's opponents as a movement of young activists without any real roots, it will field 530 candidates today.

In a bid to renew the political scene, many have never stood for office before, such as Marie Sara, a rare female bullfighter, who is taking on a senior member of Le Pen's National Front in southern France, Gilbert Collard.

Macron has banned all REM candidates from employing family members if elected and they must not perform consultancy work while lawmakers.

The edicts follow the scandal that sunk the presidential chances of Francois Fillon, candidate for the rightwing Republicans party, who is facing criminal charges for paying his wife Penelope more than 900,000 euros.