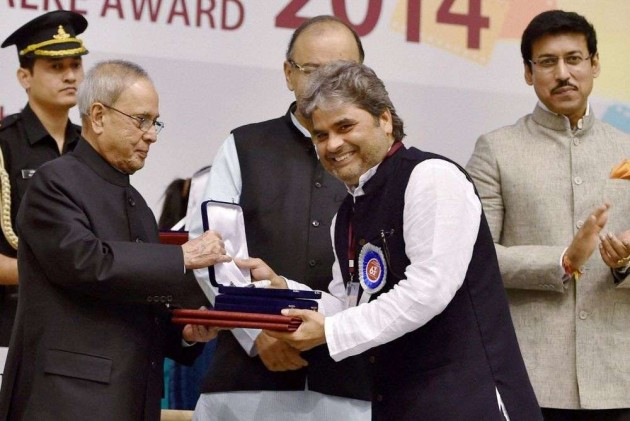 outlookindia.com
-0001-11-30T00:00:00+0553
President Pranab Mukherjee today gave away trophies to the winners of 62nd National Film Awards including the best feature film to debut director Chaitanya Tamhane and best actress to Bollywood star Kangana Ranaut for her role in Queen.


Veteran actor Shashi Kapoor, this year's Dada Saheb Phalke winner, could not attend the ceremony due to ill health. The actor will be honoured in a special ceremony in Mumbai.

"My special congratulation is to Shri Shashi Kapoor, who has been honoured with the Dadasaheb Phalke Award this year. His contribution to cinema has been manifold and tremendous. He is a true living legend," the President said.

"The contribution of his illustrious family to the Indian cinema is immense and Shri Shashi Kapoor has played a unique part by producing a number of meaningful films as well as performing in well-known international productions," he said. 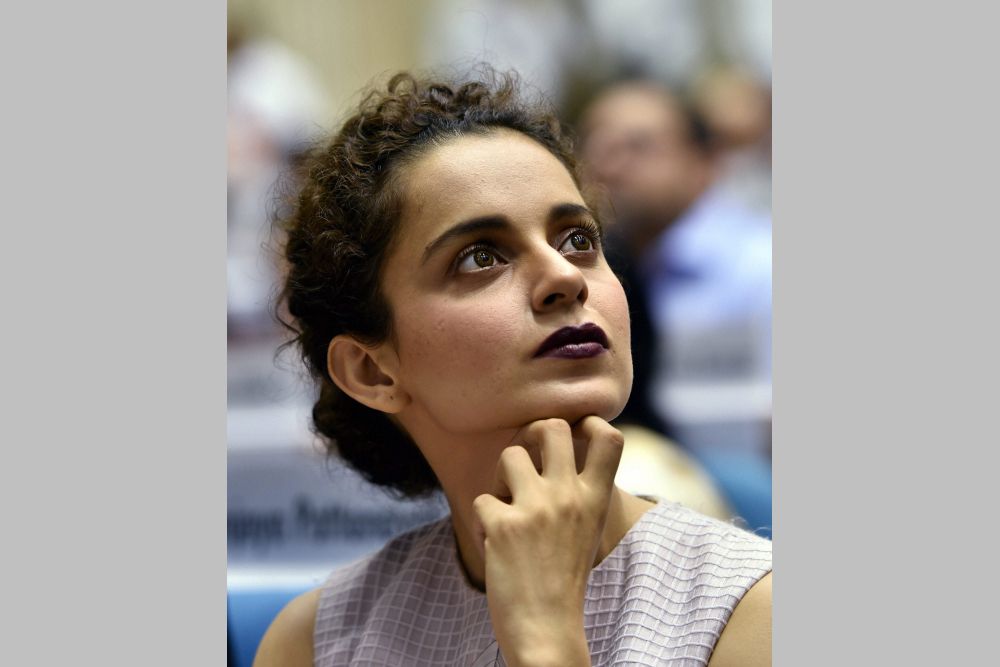 The President and the Minister, while praising the film industry for its evolved content over the century, called it an integral part of India's "soft power" internationally.

"Whatever I learnt, I learnt on the movie sets as I got the opportunity to work with some of the greatest directors," the actress said before the ceremony.

Dressed in a Bibhu Mohapatra gown, Kangana was the star-attraction at the event and was constantly mobbed by eager fans for photos and autographs. She left the event just after getting her trophy from the President.

Bahl and producer Vikramditya Motwane were also awarded for Queen which won its second trophy for best Hindi film. Both won Rajat Kamal and Rs 1,00,000 each.

Court, a powerful and stark depiction of the mundaneness of judicial procedure, was given the best feature film award, which carries a Swarna Kamal and a cash prize of Rs 2,50,000. Its director Chaitanya Tamhane got a special mention in the President's speech.

Vijay was conferred the best actor trophy for his poignant portrayal of a woman trapped in a man's body in Kannada film Nanu Avanalla Avalu (I am not a he, but she).

"I wanted to do justice to Vishal's vision and present Shraddha as 'Kashmir ki Kali'. Shahid loved the clothes and took one home," Dolly said.

Sukhwinder peformed 'Bismil' for the audience which effectively reflects the agony and anger of the protagonist played by Shahid Kapoor.

10-year-old Uthara Unnikrishanan, the winner of best female playback singer for Tamil film Saivam, stole the limelight with her beautiful rendition of 'Azhage azhage'. She was praised by both the President and the I&B Minister for her talent.

Priyanka Chopra-starrer Mary Kom, a biopic on female boxer of the same name, won best popular film providing wholesome entertainment. The producer and director of the film received a Swarna Kamal and Rs 2,00,000 each.

Another Bengali film Chotoder Chobi was given the award for the best film on social issues.

In the non feature film category Tender Is the Sight was awarded best non feature film for its sensitive and lyrical portrayal of ten-year-old child who though visually challenged creates a symphony of sounds.

Goonga Pahalwan bagged the Best Debut film of a director for Mit Jani, Prateek Gupta and Vivek Chaudhary in this category while Qissa-e-Parsi : The Parsi Story won the Best Anthropological/Ethnographic Film.

In the Non Feature Film category, there were in all 171 entries, in 23 different languages.

45 feature films and 21 non-feature films were awarded in the ceremony that was hosted by filmmaker Rajat Kapoor and Pallavi Joshi.