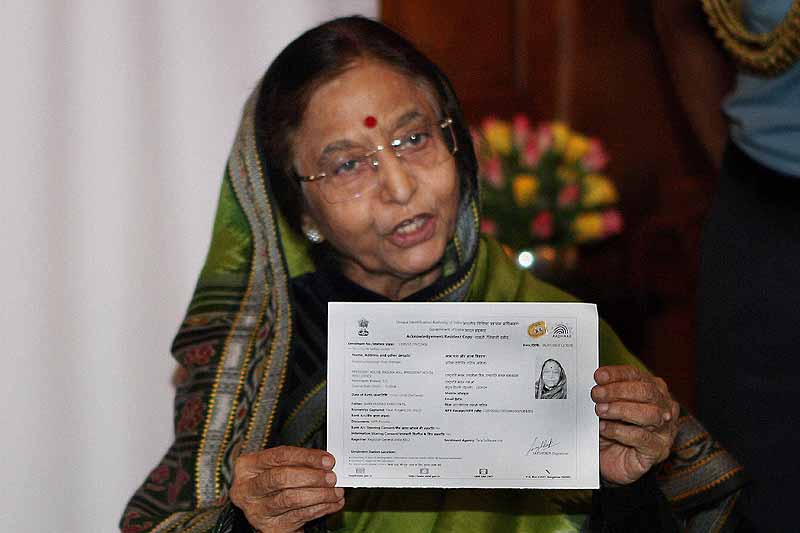 President Pratibha Patil today got herself enrolled under the National Population Register (NPR) and asked the people to get themselves registered for the country's flagship programme.

"It gives me great pleasure to enroll for the NPR exercise. I appeal to all the citizens of India to enroll themselves at the earliest, as it is not just a matter of right but their duty as well," she said after her biometric enrollment including finger print and eye scan at Rashtrapati Bhavan.

The NPR is a comprehensive identity database maintained by the Registrar General and Census Commissioner of India under the Ministry of Home Affairs.

The demographic data for the creation of the NPR was collected for the entire country during April to September 2010 through house-to-house enumeration.

The data has since been digitized and currently, biometric enrollment is in progress.

"Once collected, the NPR data along with biometrics would be sent to UIDAI for de-duplication and degeneration of UID numbers (Aadhar)," a Rashtrapati Bhavan spokesperson said in a statement.

Registration in the NPR is mandatory for all usual residents of the country under the Citizenship Act 1955 and Citizenship Rules 2003.