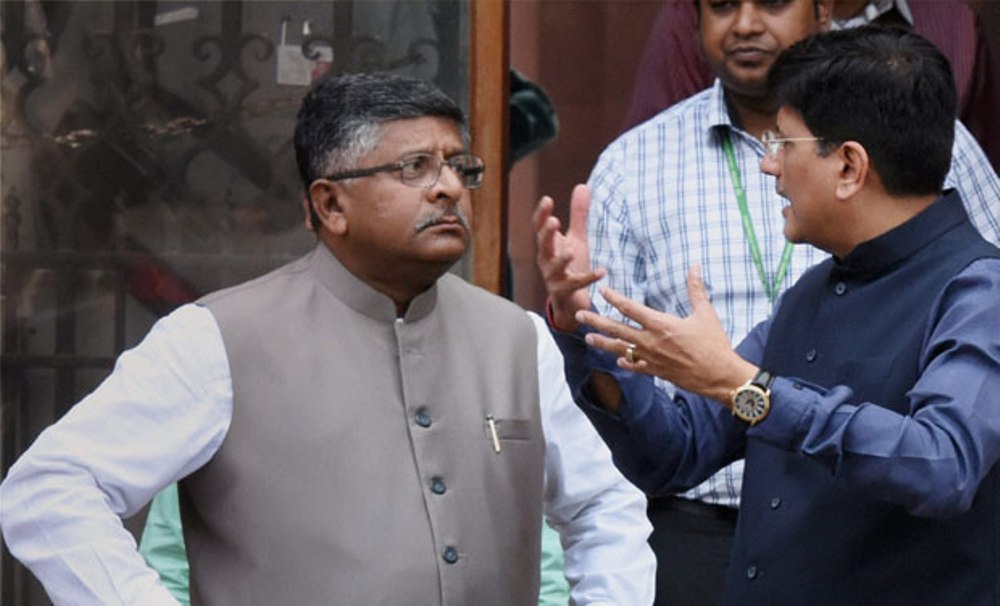 Top ministers held deliberations to firm up a strategy to fast-track adoption of cashless transactions in the wake of the government withdrawing the old Rs 500 and Rs 1,000 currency notes.

According to official sources, IT and Law Minister Ravi Shankar Prasad and Power Minister Piyush Goyal met on Monday to discuss a strategy to accelerate adoption of cashless transactions in the system to tide over the current crisis.

Others present at the meeting included IT secretary, CEO of Common Services Centre and DG NIC, and officials from Aadhaar.

In the days that followed the announcement of scrapping of the high-value notes, there have been serpentine queues at ATMs and banks as people scrambled to exchange and withdraw cash, especially Rs 100 notes.

"While the queue in urban India is reducing, there are concerns over measures that need to be taken to address the situation in rural India, especially in the wake of the sowing season... In this context, it was felt that CSCs can play a major role to address the needs in rural India. As many as 30,000 CSCs with banking correspondents status have expressed willingness to take on this responsibility," they said.

Mobile wallet companies like Paytm and MobiKwik have seen manifold growth in transactions and even new users are coming on board to tide over the liquid cash crunch.

The government has been pushing for adoption of digital payment in the country that has low penetration of plastic money.

According to an Assocham-RNCOS joint study, the mobile payment transaction volume is now likely to register a compounded growth rate of over 90 per cent to reach 153 billion by 2021-22. This is against a meagre 3 billion transactions in 2015-16.

With over one billion mobile subscribers, India has a promising potential for Internet on mobile and the same is expected for payments and business transactions on mobile.