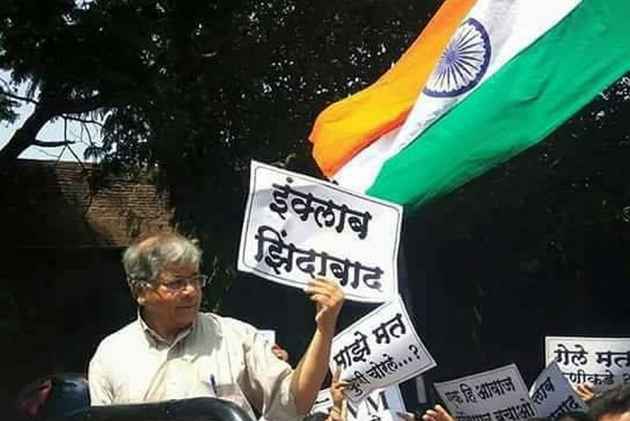 Prakash Ambedkar, a former MP and grandson of B R Ambedkar, is emerging as the top pick of Left parties for the presidential election against the NDA nominee Ram Nath Kovind.

The 63-year-old Prakash, a Dalit, is a former Lok Sabha member from Akola in Maharashtra. He is the leader of Bharip Bahujan Mahasangh.

Though the Left parties are aware that the numbers are loaded against them, they are firm on a "political contest" in the election to the highest constitutional office.

CPI(M) General Secretary Sitaram Yechury is holding informal consultations with the Congress and non-NDA parties to seek their opinion about his candidature, sources in Left parties said today.

"We are thinking of Prakash Ambedkar. If the Congress and other opposition parties agree, we will put him up (for the July 17 presidential election)," a source in the Left camp told PTI.

The Left parties are firm that the opposition must put up its candidate against Kovind, though they are well aware that the numbers are loaded against the opposition, the sources said.

"It will be a political contest, we are not expecting to win the election," a top Left leader said.

The Nitish Kumar-led JD(U) today announced its support for Kovind, dealing a serious blow to the opposition parties' attempts to put up a united candidate against him.