Power, Water Supply Shut Down in Govt Houses of Ex-Mins 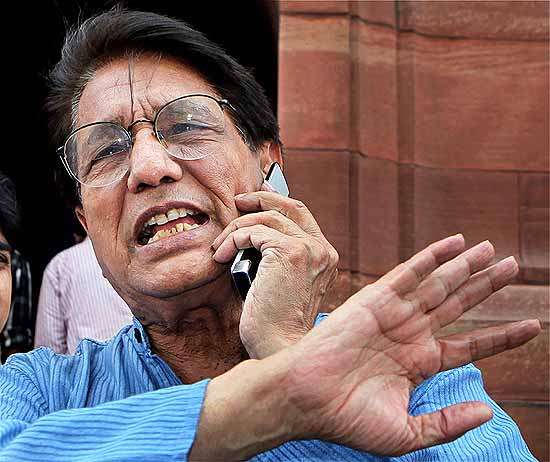 Print
A
A
A
increase text size
Outlook September 13, 2014 18:07 IST Power, Water Supply Shut Down in Govt Houses of Ex-Mins

Cracking the whip, government has disconnected power and water supplies to the official accommodations here of former union ministers and ex-MPs including Ajit Singh, Jitendra Singh and Mohd Azharuddin who refused to vacate the premises.

"Power and water supplies have been disconnected to a total 30 houses occupied by former ministers and ex-MPs who are yet to vacate their government accommodations despite being given adequate time to do so," said a senior NDMC official adding "the action-taken report has been submitted to the Lok Sabha Housing Committee yesterday."

Last week, an eviction team, along with police, had faced stiff resistance at former Civil Aviation Minister Ajit Singh's Tughlaq Road residence when they had gone to take possession of the house.

The Lok Sabha Housing Committee has reviewed the status of allotment of houses to newly-elected MPs.

The official said the exercise to disconnect power and water supplies started since September 5 as the occupants were given time till September 4 to vacate the houses.

Power and water supplies were cut off in 26 houses in Lutyen's zone by the NDMC while the connection to three houses were discontinued by CPWD.

The defeated MPs were not vacating their government accommodations despite repeated eviction notices and requests since June 26, said a senior Directorate of Estate official.

The official, however, said that "after the launch of power-cut drive, some have vacated. But 15 out of 30 houses are yet to be vacated by their occupants."