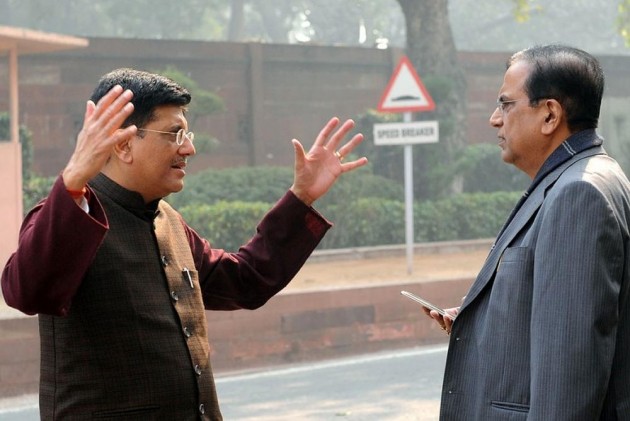 Union Power Minister Piyush Goyal today accused the Samajwadi Party government in Uttar Pradesh of providing power connections to members of "one community" in the state where assembly elections are underway.

He said BJP MP from Mooradabad Sarvesh Kumar Singh had alleged that the state government was giving power connections to people from a "particular community" and denying it to others in some areas of his constituency.

When the minister asked for a report from the state government, it denied discrimination. But the MP then approached the Prime Minister who directed the Power Ministry to send a high level committee to investigate.

"The committee in its report said there were several areas in Mooradabad where there was discrimination in giving power connections... This is a serious problem," Goyal told reporters while repying to questions in this regard.

He claimed that later many other public representatives made similar complaints about their areas facing such problems in Uttar Pradesh.

Responding to a poser on the power situation in Varanasi, Goyal said data provided by an NGO, which monitors 300 towns and cities, shows that several areas in the Prime Minister's constituency face 8 to 10 hour-long power cuts.

This, he said, belies the claims of Chief Minister Akhilesh Yadav that Varanasi gets 24 hours of power supply.

Earlier, the Prime Minister had accused the UP government of discriminating in power supply on religious grounds. At a rally in Fatehpur on Sunday, the Prime Minister had said: “There should be no discrimination. If there is land given for kabristan (graveyards), there must be provisions for shamshaanghat (crematoriums). Electricity must be provided on Ramzan and Diwali. If there is power for Holi, it must be available for Eid.”

Goyal claimed that since August 2016, the state government had stopped sharing information regarding quantum of power supplied to different feeders in the state.

"I think they stopped providing information as their conscience was not clean. Just when the elections were round the corner, they announced that they are providing 24 hours of power, including to Varanasi," he said.