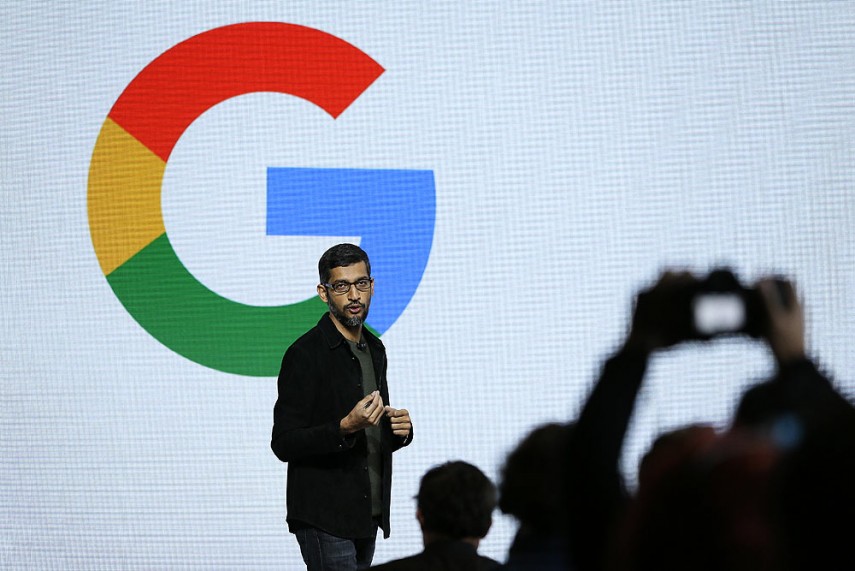 Google's Indian-origin chief Sundar Pichai today said the global tech giant remains committed to Britain and will go ahead with a new one-billion-pound London headquarters that will create 3,000 jobs by 2020, but warned that post-Brexit crackdown on immigration could affect future plans.

"Here in the UK, it's clear to me that computer science has a great future with the talent, educational institutions, and passion for innovation we see all around us," he told BBC during his first visit to the UK as Google's chief executive.

"We are committed to the UK and excited to continue our investment in our new King's Cross campus," he said.

Pichai's remarks will be a big boost to British economy after the June referendum in favour of the UK leaving the 28-member European Union.

But Pichai did warn that the UK government's expected post-Brexit crackdown on immigration could affect Google's future plans.

"In our experience as a company, when we have been able to bring people together and operate in an open and connected way it achieves tremendous impact over time. Those are the values we cherish, and we have been open and public about how we think about these things," he said.

"Increasingly, for the kinds of complex things we do, we need to bring people who are across many disciplines – with many different backgrounds – together to solve problems. That's how you can build newer things, so that is particularly important for us," he added.

Earlier this month, British Prime Minister Theresa May visited India on her first bilateral trip outside Europe. But that visit was overshadowed by UK's tough stand on immigration issues and visas to Indian students.

She has been criticised by leaders such as former Liberal Democrat Paddy Ashdown for her stance as "damaging" to economy.

Today, Mayor of London Sadiq Khan called the announcement by Pichai a "vote of confidence" in the city.

He said: "Google's commitment to London is very welcome. This is a global, pioneering company at the forefront of new technology - and so London, a pioneering city, and home to many of the world's most talented and innovative people, is a great and natural choice for expansion.

"London is one the world's leading technology hubs and investment into the capital post-Brexit remains robust, so Google's expansion will further strengthen our city's reputation as a global leader in digital technology."

In June, nearly 2,500 Google employees had begun moving into the firm's new King's Cross offices – the firm's largest in Europe.

The latest announcement was also welcomed by UK Chancellor Philip Hammond, who said it was "more evidence that leading firms are choosing to invest" in the UK despite Brexit.

The new Google headquarters will be designed and owned by Google, a first outside the US.

Continue FREE with Ads Pay Rs. 1 to Read Without Ads
READ MORE IN:
Sundar Pichai Theresa May Business International
Next Story : Hardship May Continue For A Month: Rajnath On Demonetisation
Download the Outlook ​Magazines App. Six magazines, wherever you go! Play Store and App Store