Possibility Of ISIS In Kashmir A Serious Issue, Must Take Help From America, Israel, Says Swamy 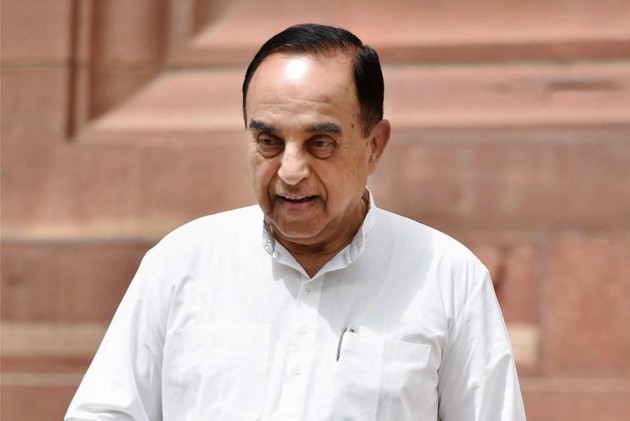 Print
A
A
A
increase text size
Outlook April 09, 2017 10:32 IST Possibility Of ISIS In Kashmir A Serious Issue, Must Take Help From America, Israel, Says Swamy

Senior BJP leader Subramanian Swamy today said the possibility of ISIS involvement in Kashmir is a a serious issue and the country must take the help of United States and Israel to eliminate it.

"The possibility of ISIS involvement in Kashmir is the serious issue that we need to deal with iron hand. They have reportedly said that 'Hindustan' (India) is our incomplete history. This outfit has launched its propaganda in Kashmir (and) that we need to eliminate (it).

"We must take the help of United States and Israel. The US has the advanced weapons and Israel has intelligence. With the involvement of ISIS in Kashmir, this is no more a problem between merely India and Pakistan," Swamy said.

The Rajya Sabha member was here to release the special edition of monthly magazine 'Hindi Vivek'.

He suggested that one crore retired army-men should be given permission to settle down in the Valley with all necessary assistance to bring normalcy there.

The BJP leader also emphasised that imposing President's rule is necessary to solve the Kashmir issue.

"I don't think that until and unless (Jammu and Kashmir Chief Minister) Mehbooba (Mufti) is there, she would be in position to take hard stance to find permanent solution. She may be having some limitations. Therefore, I think that imposing the President's rule is also necessary and the Army be given six months to deal with the anti-social elements," Swamy said.

Swamy also reiterated that India needs to strengthen its stand over the Kashmir issue and hoped that the Narendra Modi government would take every possible step to recover each inch of the land of Kashmir even Pakistan-occupied-Kashmir (PoK).

The way people of the Jammu and Kashmir came out and took part in the last election, despite separatists making all possible attempt to thwart the democratic process in the Valley, it indicates that people want peace, prosperity and development, he added.

He also said "in order to give China a befitting reply, we must strengthen our relations with Afghanistan and Iran, and our government is going ahead in right direction".

Continue FREE with Ads Pay Rs. 1 to Read Without Ads
READ MORE IN:
Subramanian Swamy National
Next Story : After India's Experience With EVMs, Pakistan Wary Of Switching Over From Paper-Ballot
Download the Outlook ​Magazines App. Six magazines, wherever you go! Play Store and App Store