Pope Blasts Vatican's Resistance to Reform in His Christmas Speech 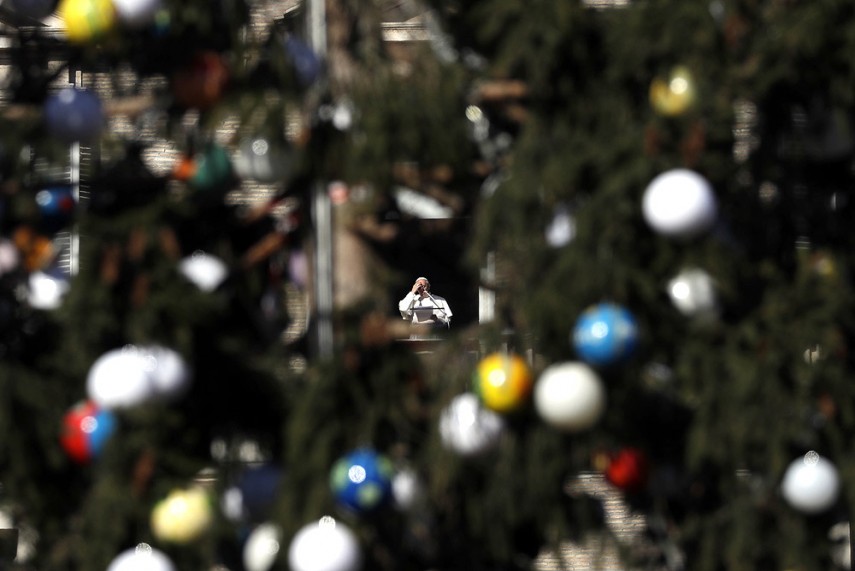 Print
A
A
A
increase text size
Outlook December 22, 2016 19:24 IST Pope Blasts Vatican's Resistance to Reform in His Christmas Speech

Pope Francis today denounced the resistance he's encountering in reforming the Vatican bureaucracy, saying some of it is inspired by the devil "dressed as an angel" and that the prelates who work for him must undergo "permanent purification" to serve the Catholic Church better.

For the third year in a row, Francis took the Vatican bureaucracy to task in his annual Christmas greeting. He said the reform process he was elected to push through in 2013 isn't aimed at a superficial face-lift for the Holy See, but rather a profound change in mentality among his collaborators. "Dear brothers, it's not the wrinkles in the church that you should fear, but the stains!" he said.

In 2014, Francis stunned the Vatican Curia, or administration, when he listed the 15 "spiritual ailments" its members were suffering.

He accused them of using their careers to grab power and wealth, of living "hypocritical" double lives and of forgetting, due to "spiritual Alzheimer's" — that they're supposed to be joyful men of God.

Last year, Francis listed a "catalog of virtues" they were supposed to show instead, including honesty, sobriety, respect and humility.

This year, he gave the priests, bishops and cardinals who work for him 12 guidelines that are inspiring his reform process, which has involved consolidating Vatican departments and creating new ones.

He called for a "definitive end" to the Vatican's face-saving way of getting rid of unqualified or problematic staff by promoting them to a higher office. "This is a cancer!" Francis said.

Francis said it's entirely natural that there should be resistance during such a profound process of reform — but he said there's good resistance and bad.

Positive resistance is an open willingness for dialogue but "hidden" resistance comes from the "fearful or hardened hearts" of people who say they want change but really don't, he said.

And then there's "malevolent resistance ... When the devil often dressed as an angel inspires nasty intentions." He urged his collaborators to undergo an ongoing process of spiritual purification guided by the Gospel. Later, he told staff who work for the Vatican City State that the Gospel also should dictate the Vatican's labor practices to make sure people have proper contracts.

Continue FREE with Ads Pay Rs. 1 to Read Without Ads
READ MORE IN:
Pope Francis International
Next Story : Do Everything Possible to Get Missing JNU Student: HC to Cops
Download the Outlook ​Magazines App. Six magazines, wherever you go! Play Store and App Store