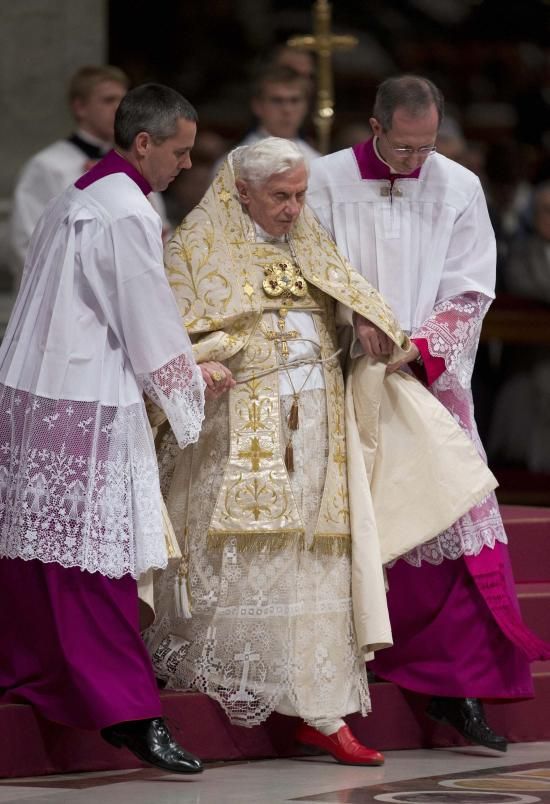 The decision sets the stage for a conclave to elect a new pope before the end of March.

The 85-year-old pope announced his decision in Latin during a meeting of Vatican cardinals this morning.

"After having repeatedly examined my conscience before God, I have come to the certainty that my strengths due to an advanced age are no longer suited to an adequate exercise of the Petrine ministry," he told the cardinals.

"I am well aware that this ministry, due to its essential spiritual nature, must be carried out not only by words and deeds but no less with prayer and suffering.

"However, in today's world, subject to so many rapid changes and shaken by questions of deep relevance for the life of faith, in order to govern the bark of St Peter and proclaim the Gospel, both strength of mind and body are necessary, strengths which in the last few months, has deteriorated in me to the extent that I have had to recognise my incapacity to adequately the ministry entrusted to me."

The last pope to resign was Pope Gregory XII, who stepped down in 1415 in a deal to end the Great Western Schism among competing papal claimants.

Benedict called his choice "a decision of great importance for the life of the church."

The move sets the stage for the Vatican to hold a conclave to elect a new pope by mid-March, since the traditional mourning time that would follow the death of a pope doesn't have to be observed.

There are several papal contenders in the wings, but no obvious front-runner as was the case when Benedict was elected pontiff in 2005 after the death of Pope John Paul II.
Continue FREE with Ads Pay Rs. 1 to Read Without Ads
READ MORE IN:
International
Next Story : Sonia Faults Public Policy for Plight of Differently-Abled
Download the Outlook ​Magazines App. Six magazines, wherever you go! Play Store and App Store