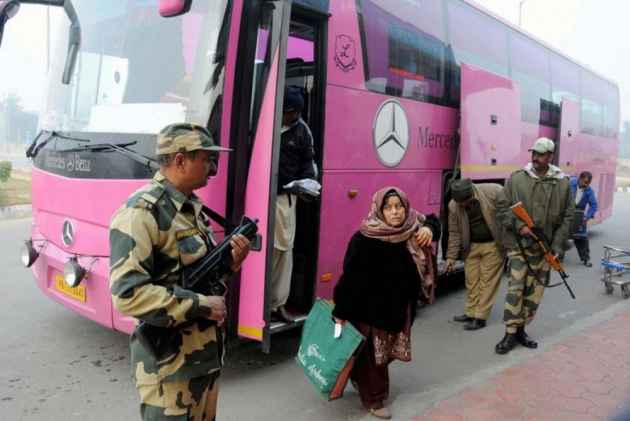 The weekly Poonch-Rawalkot cross-LoC bus is likely to resume service from Monday as a meeting between senior civilian officers from both sides is scheduled in the Poonch district of Jammu and Kashmir, a senior official said today. The services of the bus have been suspended since July 10.

The chances of early resumption of the suspended bus service brightened on August 24 when senior Army commanders of India and Pakistan held a flag meeting at Chakan-da-Bagh and agreed to keep the channels of communication open between local commanders along the Line of Control (LoC).

The development came after two months of intense skirmishes between the two sides that claimed several lives.

"We are expecting resumption of the Paigam-e-Aman bus service tomorrow after a gap of 50 days. Civilian officers from both sides are meeting at the crossing point on Monday morning to address certain issues prior to resumption of the service," the official said.

Army commanders from both sides had already given a green signal to the resumption of the bus service and trade, which started in 2008 and is considered a major confidence building measure, the official said.

"If everything goes well, the suspended trade between the divided parts of Kashmir through the route is expected to resume on Tuesday," he said.

As many as 116 passengers were left stranded in Poonch and three in Pakistan-occupied Kashmir (PoK) after the suspension of the bus service, leading to protests by guests from across the border on several occasions seeking early return.

The 116 PoK residents, who were stranded in Poonch, were escorted to Srinagar in special buses on August 21 and allowed to return through the 'Karwan-e-Aman', the cross-LoC bus which is plying along the Srinagar-Muzaffarabad road on a weekly basis.

The three stranded residents of Poonch and Rajouri districts also returned through the same bus.