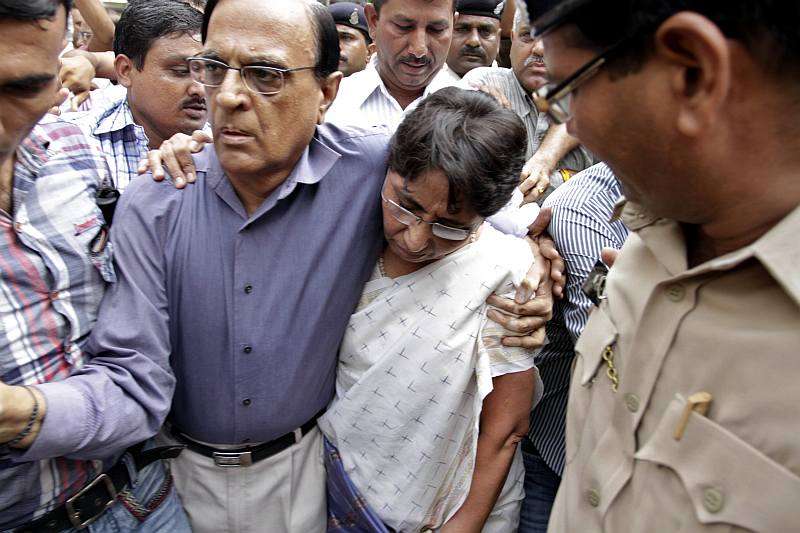 Some of the Naroda Patiya 2002 riot victims claimed today here that police had denied permission to them to protest in front of the Gujarat High Court against its decision to grant bail to former minister Maya Kodnani and her assistant.

They also claimed that police had also denied them permission to protest in Naroda area of the city against the high court's decision.

Sheikh, who sought permission on March 23, said that they wanted to protest against the high court's decision to grant bail to two accused in the case.

"Salim Sheikh sought permission to sit on a dharna near the ST workshop (in the Naroda Patiya area) to protest from 4 PM to 7 PM on April 2 against the High Court's decision to grant bail of some of the riot case accused, but Naroda police inspector (R P Rana), ACP of 'G' division (J N Parmar) and DCP of Zone 4 (R P Barot) did a thorough consultation and decided to not permit the dharna," a letter sent by the city's Naroda police station to Sheikh stated.

Giving reasons for rejection of the application, it said that the venue is on a national highway and the time sought for the dharna was "peak hour" which could create traffic jams in the area.

It added that the venue which was sought to hold dharna, comes under the jurisdiction of the Ahmedabad Municipal Corporation (AMC) and hence he had to seek permission from the local civic body.

"The applicant sought permission to hold the dharna at a venue which is in 200-metre radius of a private hospital, where patients of heart disease and other serious ailments come for treatment. Therefore, they cannot be allowed to sit on a dharna here, using loud speakers, which may affect patients," the letter from Naroda police station said.

Sheikh said that the accused were set free and we just want to protest against it, but this act of the police gave us a feeling of injustice since they are gagging our voice.

Two convicts in the Naroda Patiya riot case including a former minister in Gujarat government, Maya Kodnani, and her personal assistant Kirpalsingh Chabda were granted bail by the Gujarat High Court.

Earlier, 84 survivors of the Naroda Patiya riot case, where 97 people of the minority community were killed, had written a letter to acting Chief Justice of the Gujarat High Court and sought transfer of the case to other judges.

At present, appeals of convicts in the riot case are being heard by a Gujarat High Court division bench comprising Justice Ravi Tripathi and Justice R D Kothari.

The Naroda Patiya massacre in which 97 people were killed, had taken place a day after the Godhra train burning incident on February 27, 2002.