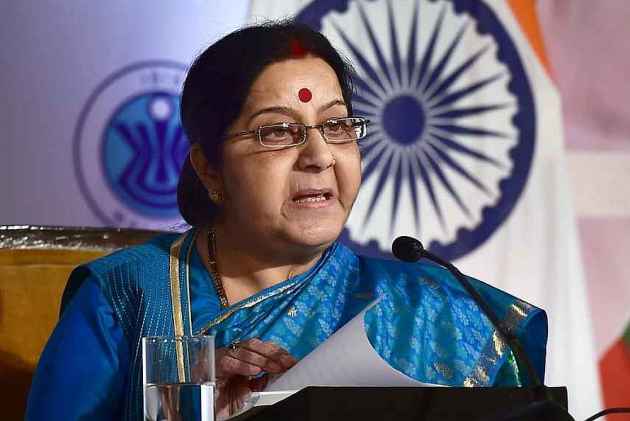 External Affairs Minister Sushma Swaraj on Tuesday said Pakistan occupied Kashmir (PoK) is an integral part of India and that New Delhi will give a medical emergency visa to 24-year-old resident Osama Ali.

Taking to Twitter Sushma said, "POK is an integral part of India. Pakistan has illegally occupied it. We are giving him visa. No letter required."

Ali has been diagnosed with a tumour and wants to come to Delhi for his treatment.

He has been unable to travel to New Delhi because Pakistan Prime Minister Nawz Sharif's Advisor on Foreign Affairs Sartaj Aziz has not written a letter of request to the Indian High Commission in Islamabad for grant of a medical emergency visa.

On July 10 also, Sushma took on Aziz, for not entertaining a request for grant of visa to the mother of former naval officer Kulbhushan Jadhav, who has been sentenced to death for alleged espionage. (ANI)