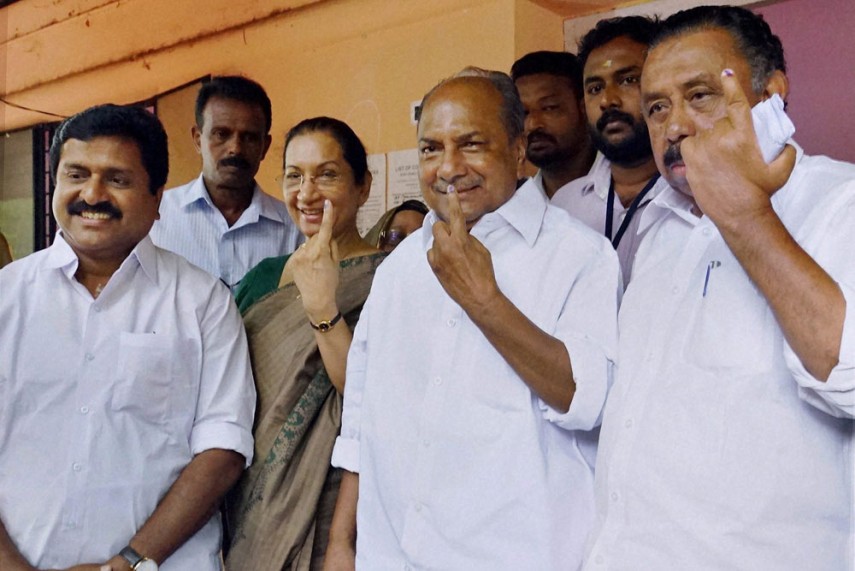 Print
A
A
A
increase text size
Outlook May 16, 2016 10:41 IST PM's Somalia Remark Will Impact BJP's Prospects in Kerala: Antony

Congress leader A K Antony today said Prime Minister Narendra Modi's controversial Kerala-Somalia comparison will impact the prospects of BJP, which has been pulling out all the stops in its bid to open its account in Kerala Assembly.

"Modi had compared Kerala to Somalia, which is infamous for starvation deaths and sea pirates. The pride of Keralites has been hurt," Antony told reporters after exercising his franchise at a booth here.

"The Prime minister had an opportunity to apologise for the remark, but he did not do that," the former Defence Minister said, adding the remark would affect the BJP's prospects.

Modi, while addressing an election rally here, had compared the infant deaths in some tribal areas in the state with that to Somalia.

However, BJP defended the Prime Minister, saying people were "twisting facts" and he had only highlighted the plight of the tribal community in the state and his desire was to improve their living conditions.

Expressing confidence that Kerala will create history by voting to power the UDF government again, Antony said the Marxist-led LDF will have to sit in the opposition for the next five years and BJP will not open its account.

The attack on RMP candidate K K Rema at Vatakara will prove dangerous for the LDF, he added.