PMO to Seek Modi's Views on Releasing Letters With Atal 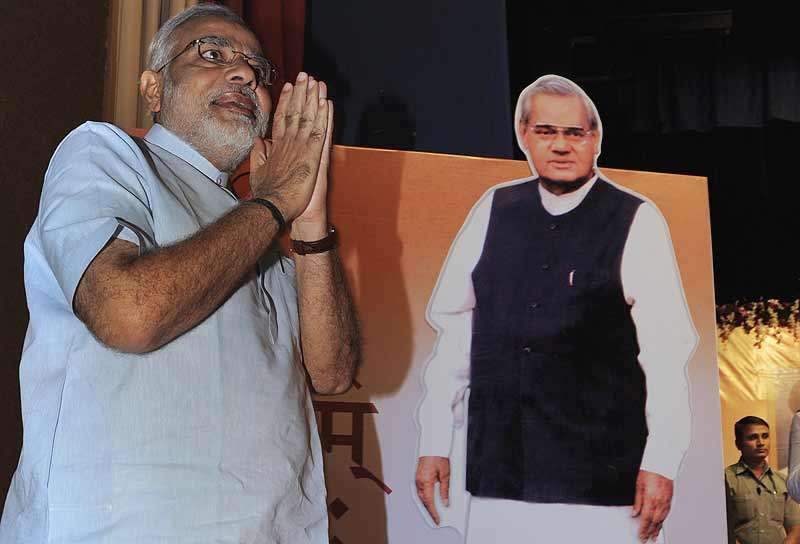 Print
A
A
A
increase text size
Outlook April 13, 2014 13:24 IST PMO to Seek Modi's Views on Releasing Letters With Atal

The Prime Minister's Office will take the nod of the Gujarat Government and Chief Minister Narendra Modi for releasing the correspondence exchanged with the then Prime Minister Atal Bihari Vajpayee after the post-Godhra riots in 2002.

The information was earlier denied by the Central Public Information Officer of the PMO S E Rizwi citing section 8(1)(h) of the RTI Act, without giving any reasons, which exempts information that would impede the process of investigation or apprehension or prosecution of offenders.

The decision was overturned during the appeal before his senior Krishan Kumar, Director PMO, where the applicant had objected to the response of the CPIO saying he failed to give germane reasons behind denial of information.

The applicant had also underlined that the correspondence was 11 years old and was not likely to have an impact on the investigation, apprehension and prosecution of offenders.

Upholding the reasons given by the applicant, the appellate authority directed the CPIO to provide additional details with regards to the case.

"As regards contention that the grounds for exemption claimed under section 8(1) (h) are not tenable, CPIO PMO is directed to obtain fresh inputs in this regard and provide the same to the applicant within 15 working days," Krishan Kumar, Director and Appellate authority had decided.

In the latest response to six-and-a-half month old RTI application, Rizvi said after the appeal decision that the matter was referred to the office for fresh inputs.

"It is informed that third party (Gujarat Government and Modi in the present case) consultation under Section 11(1) of the RTI Act is underway on a similar request and response regarding disclosure of information in this regard will be provided to you after due process as envisaged in section 11 of the Act is completed," he said.

According to the section 11 of the RTI Act, a notice seeking the views of a third party have to be taken with in five days of the filing of request but the CPIO did not issue any such letter within that period.

The matter of third party consultation was raised citing an existing process which has been on seeking the views.

The RTI applicant had sought a copy of all communications exchanged between the PMO and the Gujarat government between February 27, 2002 and April 30, 2002 on the law and order situation in the state.

The applicant had also sought a copy of the communication exchanged between Vajpayee and Modi during that period which saw tense atmosphere in the state of Gujarat.

"Such reasons should be germane, and the opinion of the process being hampered should be reasonable and based on some material. Sans this consideration, Section 8(1)(h) and other such provisions would become the haven for dodging demands for information," Justice Ravindra Bhat had held.