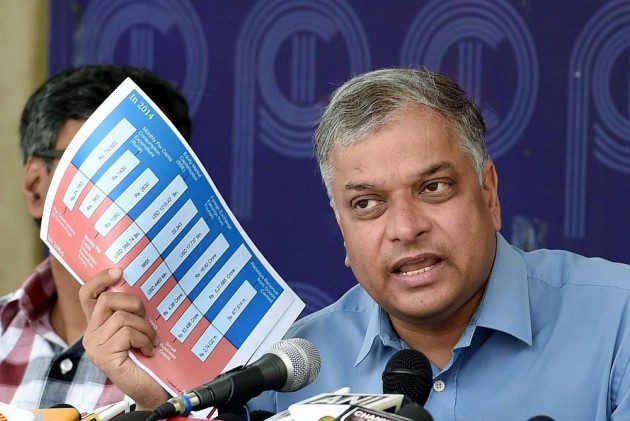 Economic data shows unprecedented development in the last decade which would have been impossible if Prime Minister Manmohan Singh had been "weak", his Communications Adviser Pankaj Pachauri said today, countering the damaging claims made by a former Media Adviser.

Pachauri lamented that people were not getting to know of all the aspects related to the government's achievements because the media has "different priorities".

At an interaction with reporters here, he came out with the economic data with respect to various sectors to highlight that there was progress over the last 10 years.

"GDP and Per Capita income has grown three time in the last 10 years. In villages, minimum wages have also gone three times more. It shows government has been working continuously. But the people are not getting to know about this work because the media's priorities are different," Pachauri said.

"If the Prime Minister had been weak, the (economic) figures related to our country would not been strong. These figures reveal that the PM was working and he always believed that his work would speak for him," he said.

His comments came against the backdrop of contention by the PM's former Media Adviser Sanjaya Baru in his book The Accidental Prime Minister: The Making and Unmaking of Manmohan Singh, that Singh had been "defanged" by the Congress party in his second term with Sonia Gandhi deciding on key appointments to the Cabinet.

Seeking to counter the perception that Singh has remained silent, he said the PM had delivered around 1,198 speeches and many press releases were issued but most of them were on economy, development, agriculture, science, education etc.

"On an average, the Prime Minister has talked every three days. Most of the things that the Prime Minister is talking about in his speeches, in our press releases, in his press interactions with the press is not registered," Pachauri said.

Pachauri referred to a survey saying that news channels were focusing on politics, sports and entertainment which were aspects on which the PM had not talked too much.

"So that's why you are interested in politics, entertainment, sports and the Prime Minister has not spoken on these subjects," he said.

He said the kind of growth India witnessed was not seen ever by any multi-party democracy with a coalition government. He also said that in the last ten years, 140 million people had come out of poverty.

He said that the Prime Minister's Office, family and party had spoken on the issue related to the book and he did not have anything to add.

"I am not writing a book, I have been offered to write a book but I have declined," Pachauri said in response to a question.

Asked how much access a media advisor had to the PM, Pachauri said that he could go to Singh when he felt it was needed.

He was also asked if the central government had conducted any study on disparities in the country.

Pachauri said that though he could not recollect any such study by the Planning Commission, the equity market capitalisation of companies had tripled in the last ten years and the agricultural wages had shown a similar increase.