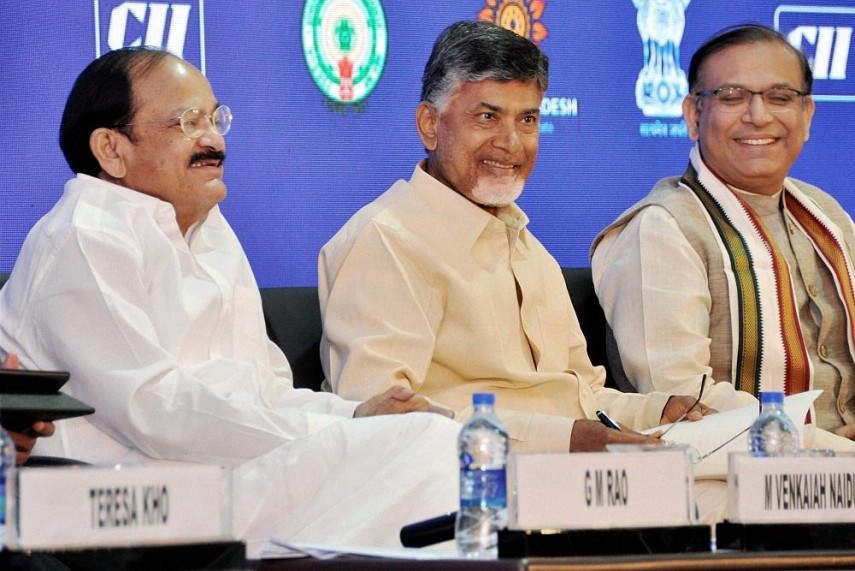 Prime Minister Narendra Modi today assured Andhra Pradesh Chief Minister N Chandrababu Naidu that he was "serious" about resolving all issues, including granting of special category status to the state.

"I am also serious. I will complete all things at the earliest," Naidu quoted Modi as telling him when they met in New Delhi this morning.

Briefing reporters upon his return from New Delhi here tonight about his interaction with the Prime Minister, the Chief Minister said the latter was "positive" about their demands like grant of special status and implementation of the AP Reorganisation Act in letter and spirit.

"I reminded the PM about the specific promises he made during electioneering in 2014 and it was time he honoured them. I clearly told him there was no way injustice could be allowed. He was positive but that is not enough. It should convert into action," Naidu remarked.

"It is good if it happens in a week or as early as possible. They (Central government) have GST and other things to deal with in Parliament. Let us hope for the best.

"I have put forth various demands like grant of special status, establishment of railway zone at Visakhapatnam, development of port at Dugarajapatnam, setting up of steel plant in Kadapa district and also increasing the number of seats in the Assembly from 175 to 225," he said.

"Besides, I also wanted them to complete the Polavaram irrigation project by 2019 by ensuring adequate fund flow since it has been declared as a national project. I wanted all issues settled in a time-bound manner," Naidu said.

"Jaitley also said the same. We are waiting for it (to happen)," he said.

The Chief Minister said the proposed Good and Services Tax (GST) was a "revolutionary" fiscal reform.

"GST will deliver the same benefits over a period of time as economic reforms did a few years ago. Simplification of business is essential. Even international investors are seeking it.

"India is a cooperative federalism, so the Centre should ensure that the rights of states are not usurped," he added.