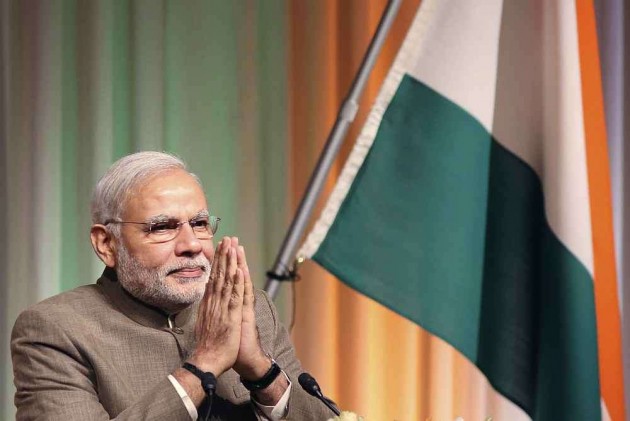 Recalling Swami Vivekananda's message of universal brotherhood, Prime Minister Narendra Modi today said had his message been followed history would never have witnessed dastardly acts like the 9/11 terror attack in the US.

The Prime Minister said Swami Vivekananda's message of universal brotherhood was delivered in his soul-stirring address at the World Parliament of Religions in Chicago on September 11, 1893.

"There are 2 images of 11th September - one of the trail of destruction in 2001 and the other - the message of Swami Vivekananda in 1893. Had we followed Swami Ji's message, history would never have witnessed such dastardly acts as we saw on 11th September 2001 in USA," the Prime Minister said.

He said through his address, Swami Vivekananda drew the entire world's attention to our nation's rich history and strong cultural roots.

Narrating his address to "Sisters and brothers of America ...", the Prime Minister said with these words of Swami Vivekananda, India's message of universal brotherhood reverberated across the world.

"Let us remember the words of Swami Vivekananda and dedicate ourselves to furthering the cause of unity, brotherhood and world peace," he said.

In his address at the Parliament of Religions in Chicago in 1893, Swami Vivekananda had said, "Sectarianism, bigotry, and its horrible descendant, fanaticism, have long possessed this beautiful earth. They have filled the earth with violence, drenched it often and often with human blood, destroyed civilisation and sent whole nations to despair."

"Had it not been for these horrible demons, human society would be far more advanced than it is now. But their time is come; and I fervently hope that the bell that tolled this morning in honour of this convention may be the death-knell of all fanaticism, of all persecutions with the sword or with the pen, and of all uncharitable feelings between persons wending their way to the same goal."