PM Reaches Out to Opposition, Hopeful of Fruitful Winter Session 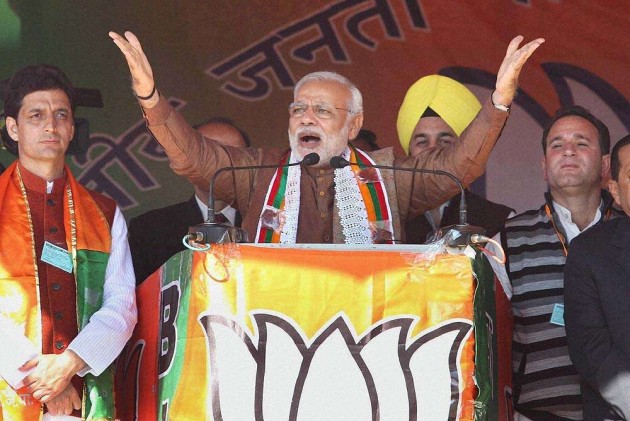 Print
A
A
A
increase text size
Outlook November 24, 2014 12:25 IST PM Reaches Out to Opposition, Hopeful of Fruitful Winter Session

Prime Minister Narendra Modi today voiced hope that the opposition will cooperate in Parliament to make it a "fruitful and result-oriented" winter session, despite several parties making it clear they will resist reform measures.

Praising the "positive role" played by the opposition in running the budget session, Modi sought the "same" cooperation from the lawmakers.

"I have confidence that a lot of good work for the betterment of the people will be done with a cool mind and in a cool atmosphere," the Prime Minister said.

"I hope this session will be fruitful and result oriented," he said.

"In the last session, the positive role of the opposition has resulted in good work, I am hopeful that this time too we will experience the same," Modi said.

His statement assumes significance as several Opposition parties have decided to oppose the insurance bill and corner the government on black money issue, raising the spectre of a stormy session.

Modi, while addressing an all-party meeting on the eve of the session yesterday, assured them that collectively all important issues can be taken up and hoped that the month-long session will go "very well" like the last budget session.

Left parties, Trinamool Congress, JD(U), RJD, Samajwadi Party and BSP have decided to make a common cause against the insurance bill and asked the Congress to support them for the "larger Opposition unity".

Leader of the Congress in Lok Sabha Mallikarjun Kharge was ambivalent on support to the Opposition move against the insurance bill, saying the party would first see what amendments the government brings.